The 36th British Chess Federation Congress was held in Felixstowe, Suffolk in August 1949. No tournament book was published but the first issue of The Chess Bulletin for 3rd September 1949 was headed Special Felixstowe Supplement and most of the 8 pages were devoted to a report on the Championships. 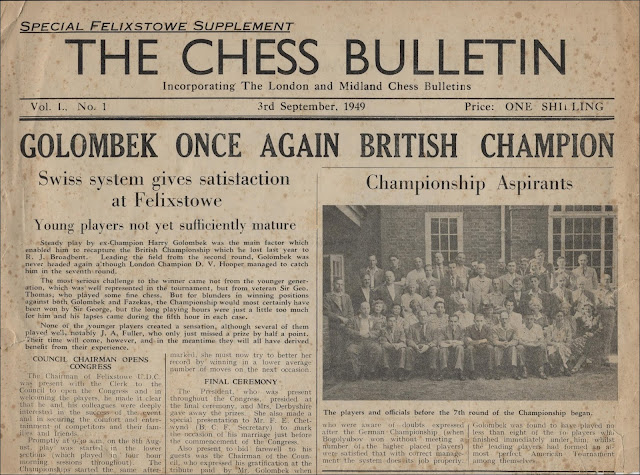 Betts' Bibliography lists this special edition under tournament publications at 25-190, and this is also included in Gino Di Felice's Chess Competitions 1824-1970, published by Moravian Chess.  This remarkable and invaluable 554-page book records over 5,000 publications relating to chess competitions. 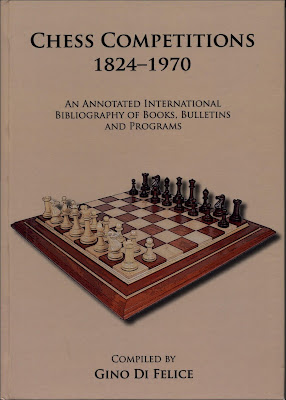 Felixstowe 1949 was the first British Championship to use the Swiss pairing system, enabling 32 players to take part instead of the usual 12 for an all-play-all tournament. The winner was Harry Golombek who thus regained his title, and Miss Eileen Tranmer won the Ladies Championship with a perfect score of 11 out of 11.

The group photograph on the front of The Chess Bulletin is also included on page 3 of Chess for October 1949 with a key to the 46 players and officials. Golombek is standing on the extreme left and Miss Tranmer is seated at the end of the front row.

The Chess Bulletin included one other photograph in its special issue; a shot of R. W. Bonham pondering over the position with his Braille chess set. 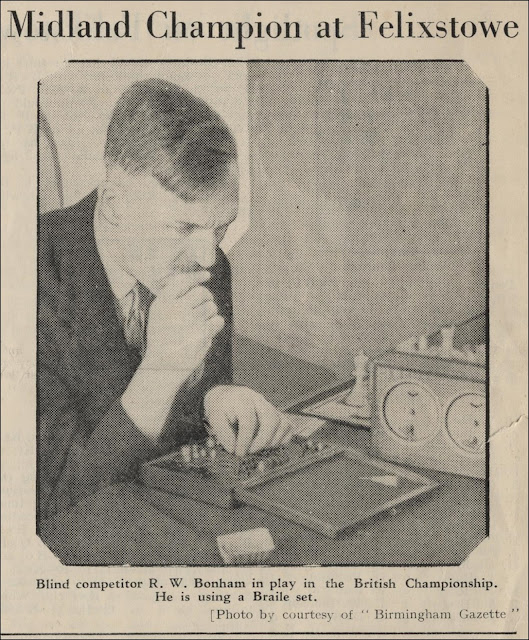 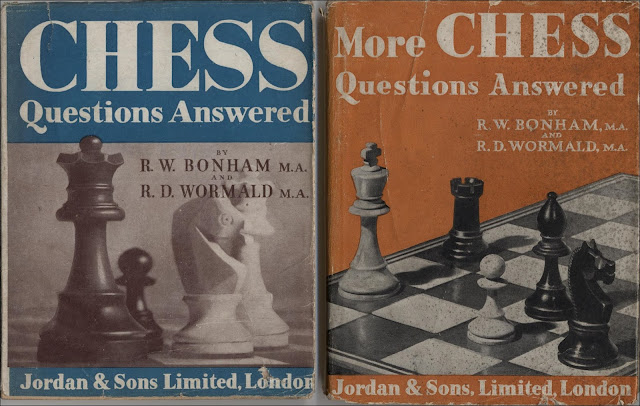