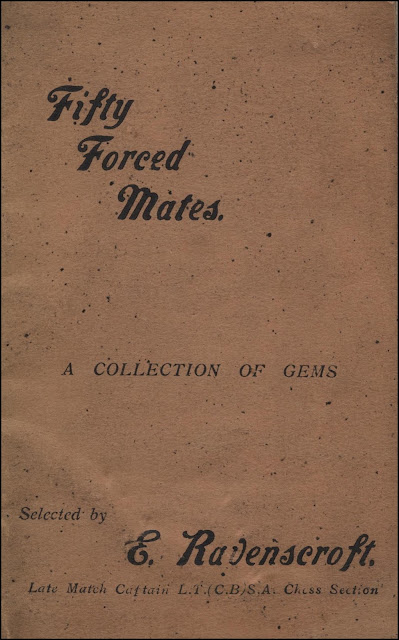 This little work was printed and published by London Transport Central Buses Sports Association, Chess Section, and distributed by Frank Hollings. It is another of the many chess books published after the death of the author/compiler. 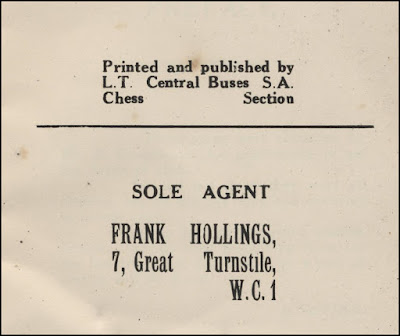 The booklet has 36 un-numbered pages and includes 50 diagrammed positions with mate imminent in up to six moves. 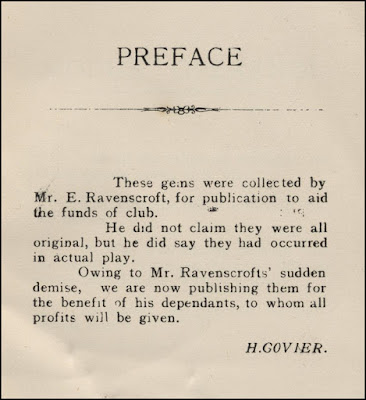 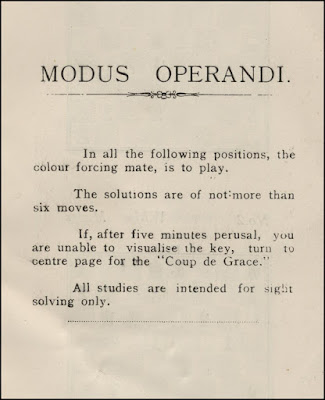 A page of Keys is included half way through the book with further moves of the solutions given at the end. 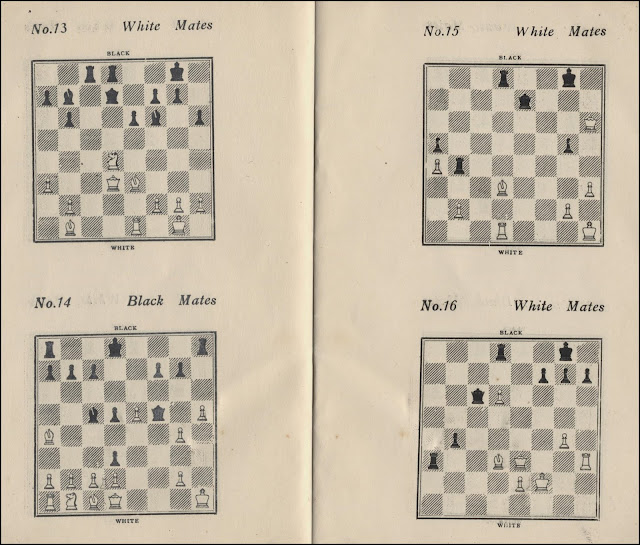 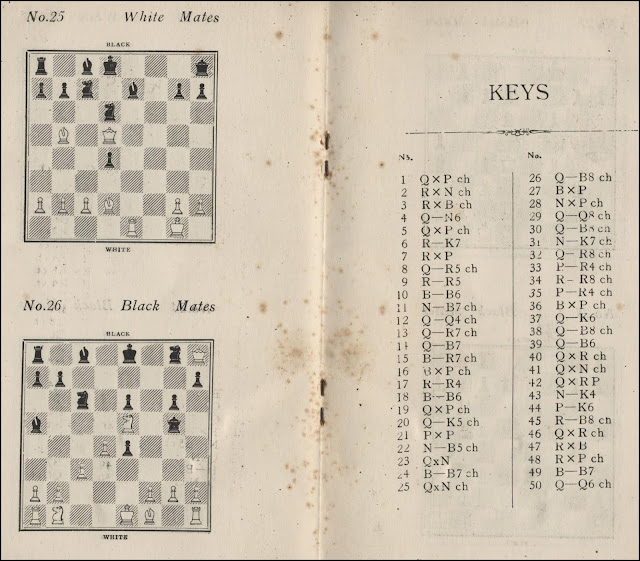 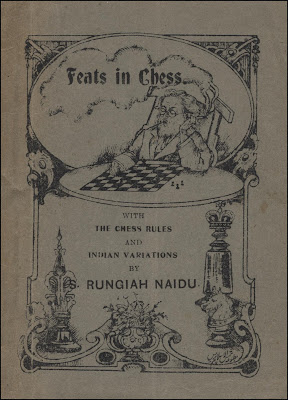 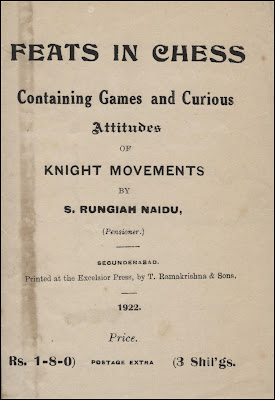 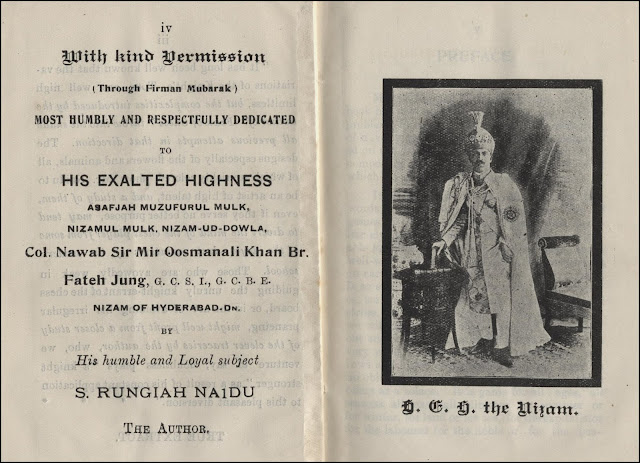 This curious little work of 55 pages and measuring just 16 cm. is a veritable Tardis of a chess book, opening up to reveal two enormous folding leaves. the first one, measuring 60 cm. x 51 cm. shows a chess board made up of 64 smaller chess boards, printed in red and black, depicting Curious Attitudes of Knight Movements. It is far too large to scan but I have taken the photo below: 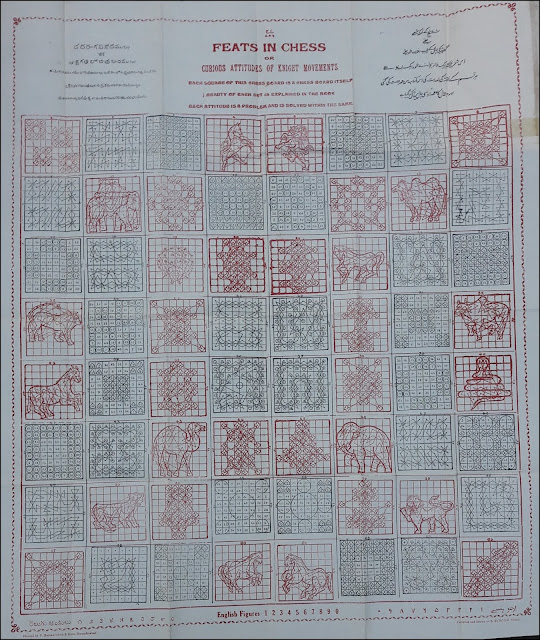 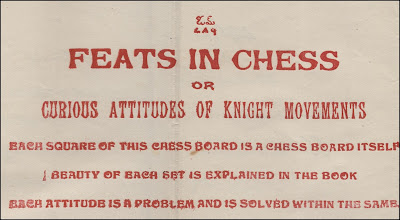 The second folding leaf is slightly smaller at 42 cm. x 34 cm. and displays 36 further patterns of knight manoeuvres in a 6 x 6 grid. 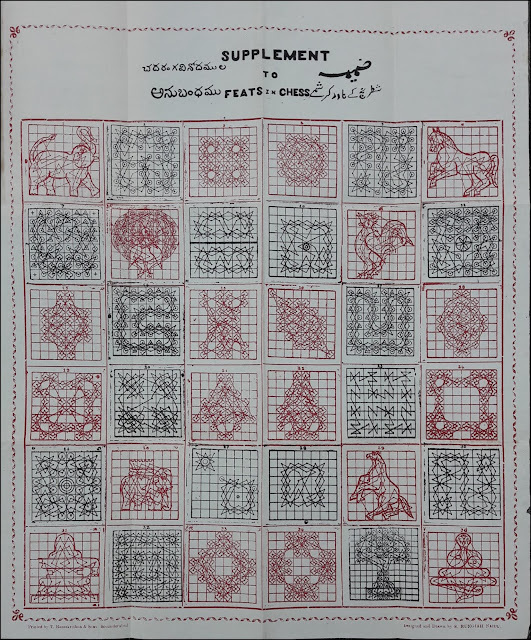 The book begins with a simple primer of chess including Movements of the Pieces, Comparative Value of the Pieces, Chess Notation, Technical Terms and Important Laws, of which there are only seven, so presumably the unimportant laws have been omitted. The first part ends with six examples of openings and six endings or problems. These positions are on diagrams with BIG CAPITALS for Black men and small capitals for White men since chess figures for printing were not available in India at the time. 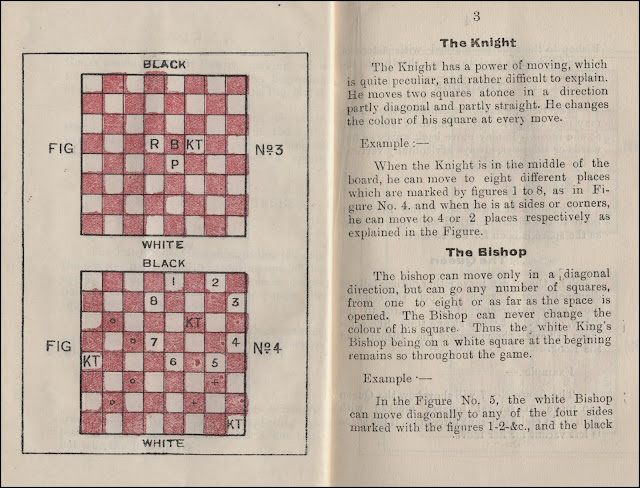 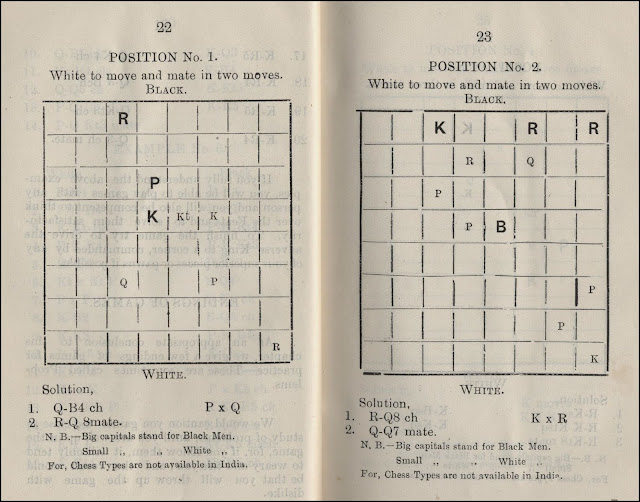 Chapter II deals with various Feats of knight movements over the board including tracing animal and flower designs and mathematical accomplishments. 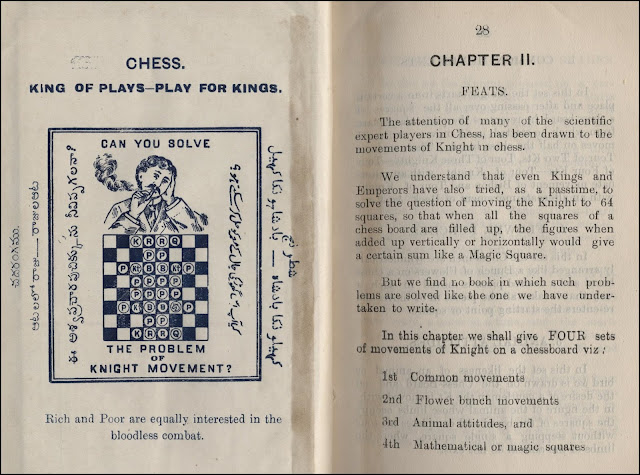 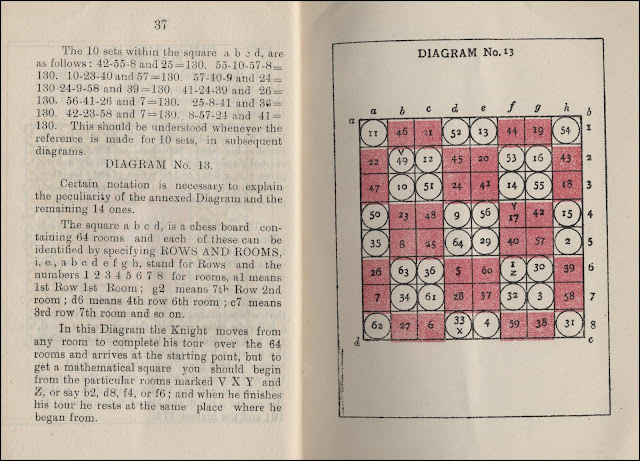 The author revelled in the critical acclaim for his book and he included three pages, plus an inserted leaf, of positive press publicity, presumably from manuscripts circulated before publication. 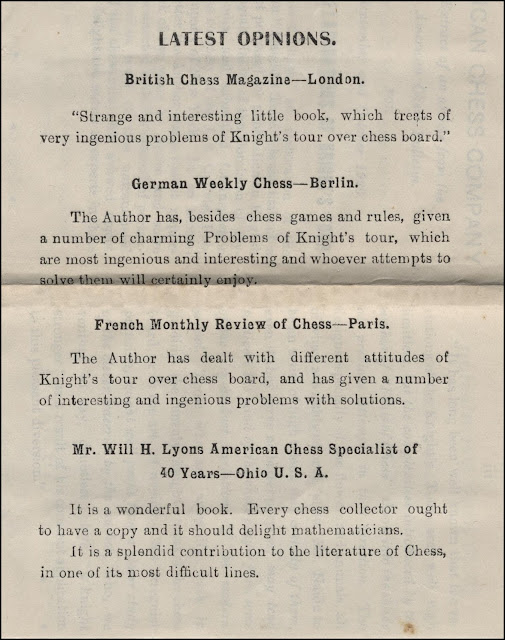 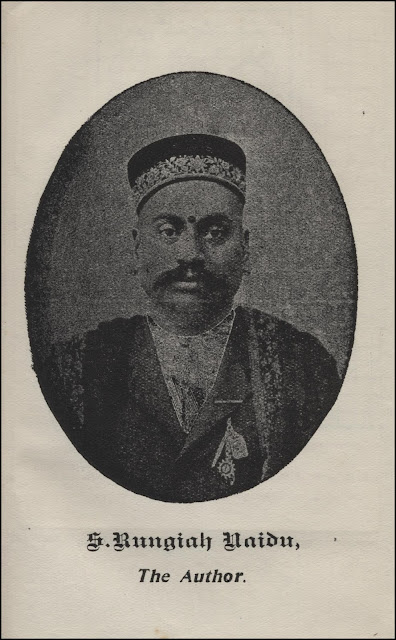 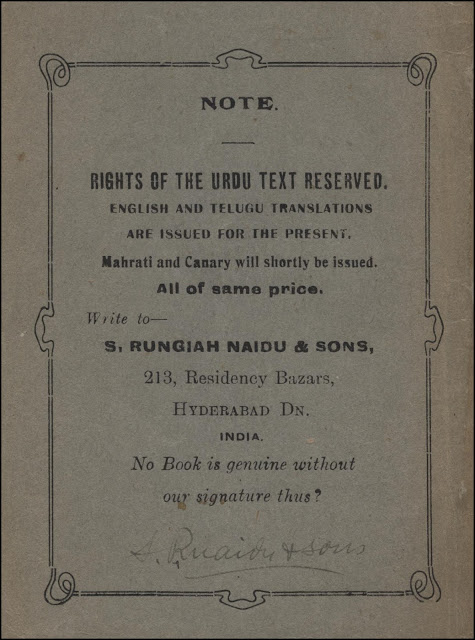 Posted by Michael Clapham at 23:58 No comments: