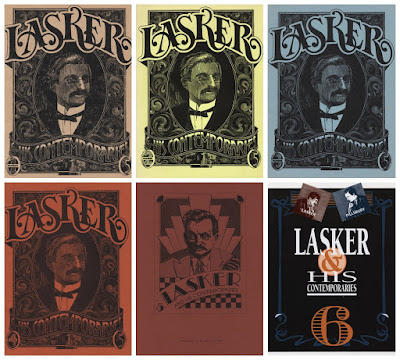 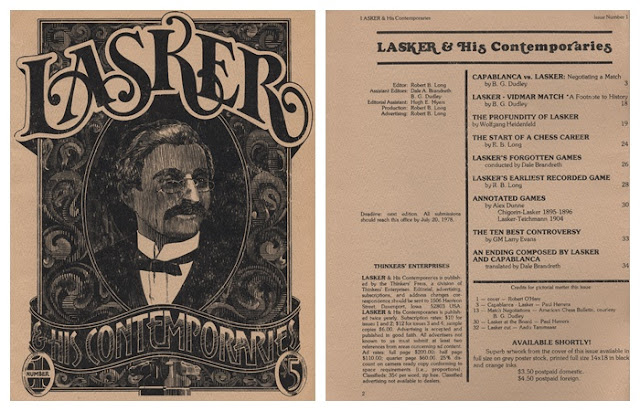 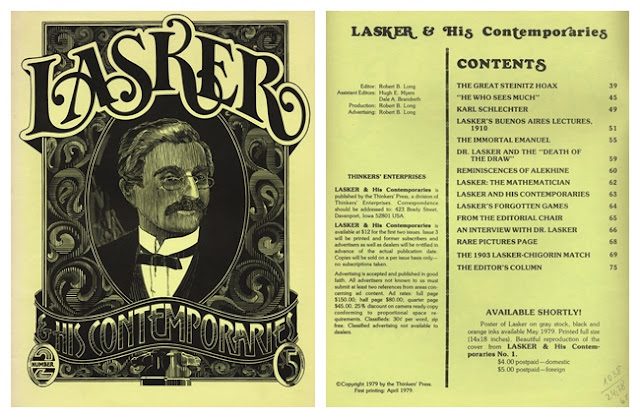 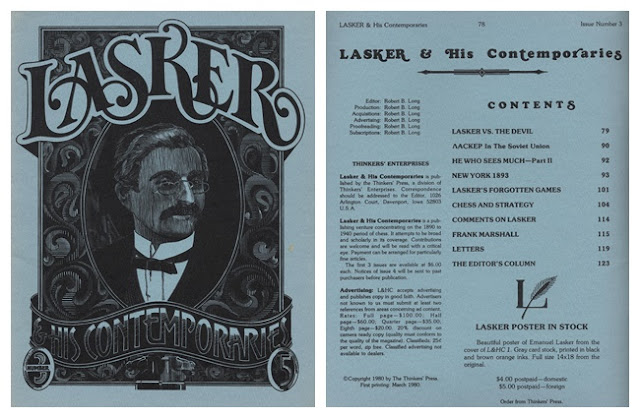 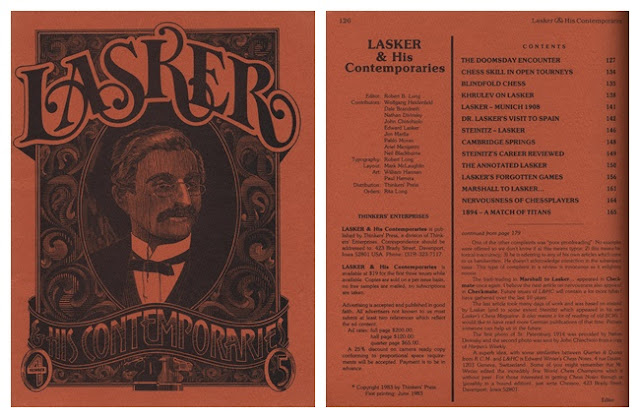 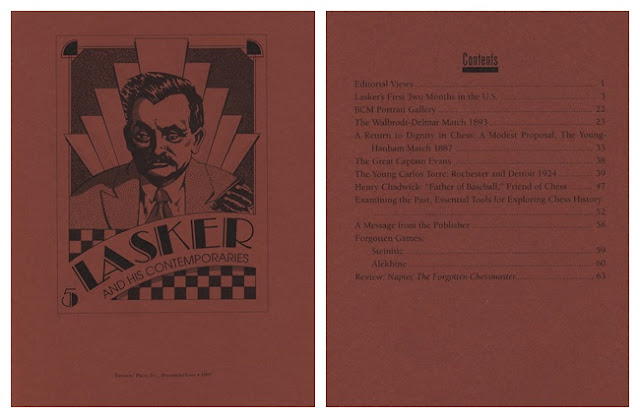 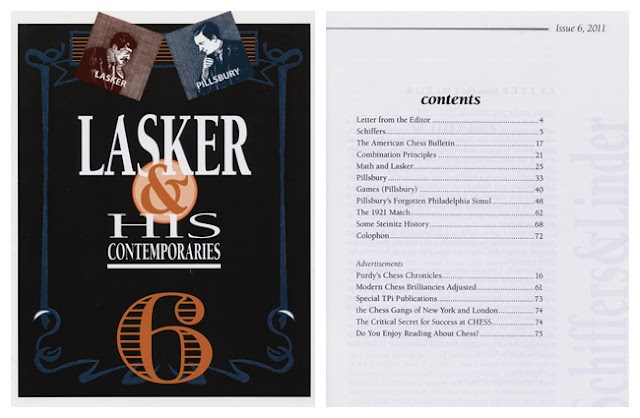 Posted by Michael Clapham at 22:12 No comments:

Before continuing the Russian chess literature series we will have a look at a few of the far too many chess books purchased last year. 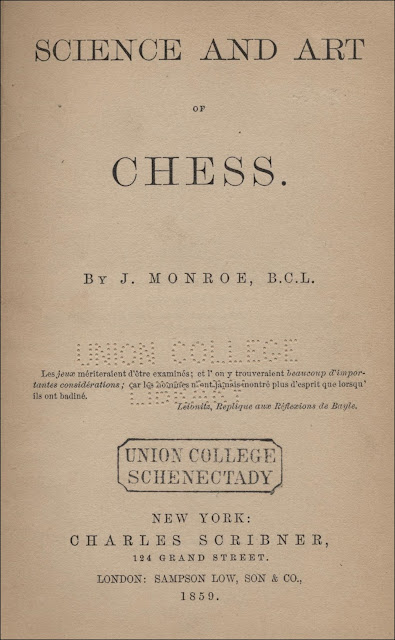 There was a minor boom in chess book publishing immediately following the American Chess Congress of 1857 and Morphy's subsequent successes abroad, culminating in 1860 when, for the first time, ten original chess books in the English language came off the presses in a single year. Having saturated the market, only one new chess book in English was published in the following three years, and it was not until 1887 that original chess books in English again reached double figures in one year.

Science and Art of Chess was originally published with decorative blind-stamped covers but my copy, from the Union College Library, Schenectady, N.Y., has been rebound in a blue cloth library binding.

I have found very little information on the author J. Monroe; David R. Sands refers to him as "the mysterious J. Monroe" in his article A Chess Life in a Library, a Biography on a Bookshelf, in the Washington Times of 5th March 2019. Monroe had obviously studied chess literature extensively and wrote knowledgeably on the game. The number of literary quotations throughout the book indicates that he had also studied the classics. 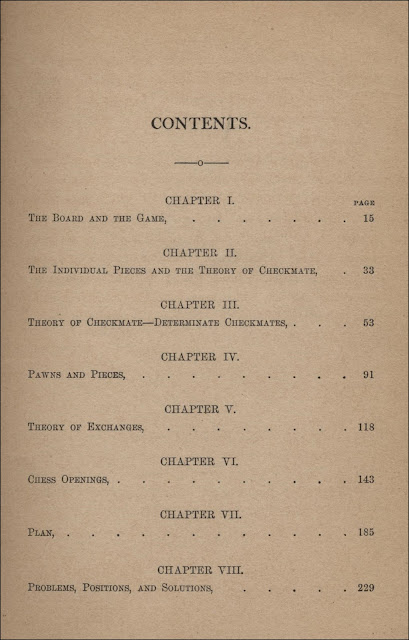 The author opens his Preface with "The present treatise follows a method unlike any which has hitherto been adopted in regard to Chess", a not uncommon claim for a new work, but the general plan of the book is very similar to earlier handbooks with a short introduction to the history and literature of chess, instructions and an overview of the game, laws and rules, an outline of the openings, and concluding with 35 problems, including some by Monroe. 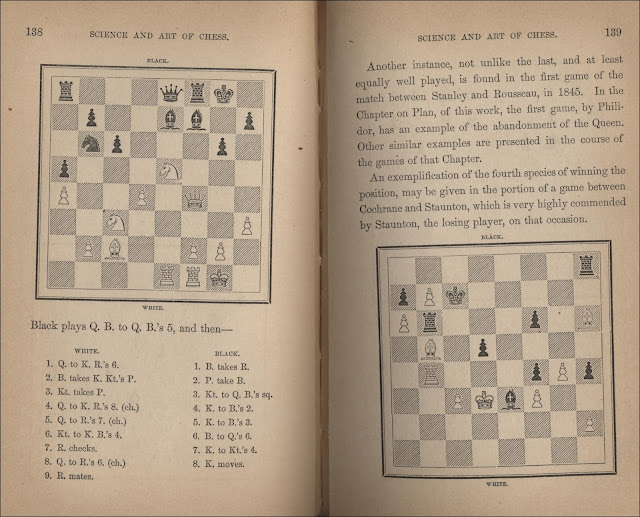 Where his book differs from other works is in the extensive coverage of the movements of the pieces and their inter-relationships with each other. Monroe devotes more than 100 pages and over one-third of his book to these matters.

Monroe, a Bachelor of Civil Law, writes in a very formal, often stilted, manner, typical of the mid 19th century, consequently, much of the book is quite heavy going. 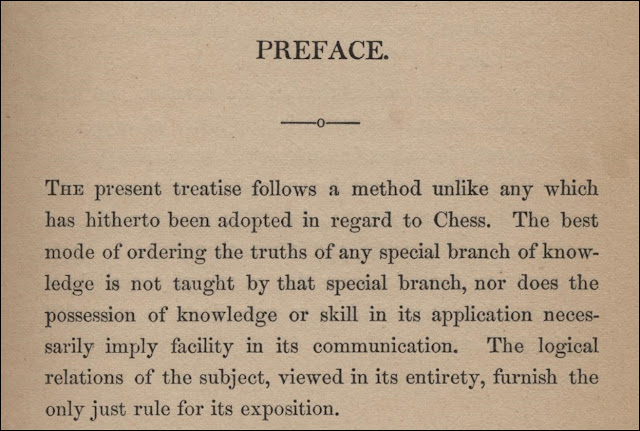 Chapter VII, Plan or Method, is based around Monroe's fundamental principle that all attacks consist "in the operation of a superior force upon a decisive point"; and he discusses this strategy using geometric terms such as: the objective angle, lines of array, perpendicular order, double oblique order, etc., and illustrates his ideas with geometrical diagrams, thus preceding Franklin K. Young's similar concepts by 35 years.

The book was published in early 1859 and was bang up-to-date with several of Morphy's games from 1858, including the final game from his match with Anderssen played in Paris on 28th December 1858. 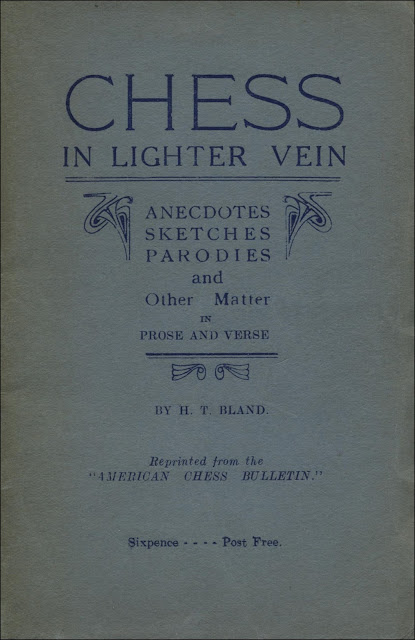 This self-published booklet of 48 pages comes in blue card covers and includes many short stories, anecdotes, rhymes, poems, sketches and parodies by the author. These had originally appeared in the American Chess Bulletin for which Bland was the officially accredited representative in Great Britain. 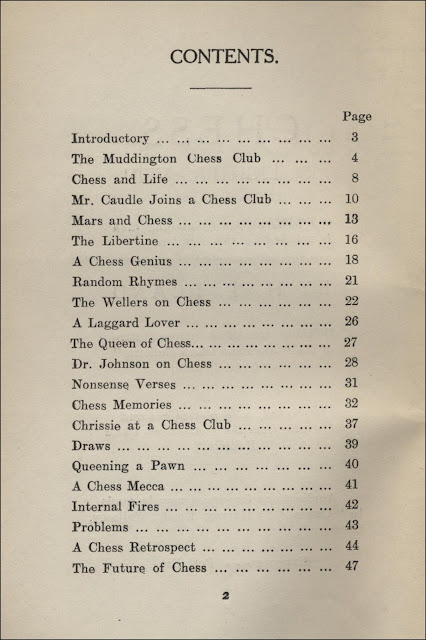 In addition to the contents advertised above there are many other short rhymes, comments, aphorisms etc. to fill the pages.

Several of the items revolve around local chess club life of the era, courtship, and the pros and cons of playing the game. A few stories are written in the voice of a country yokel. Some of the poetry is quite clever but, with the passage of time, much of the humour has disappeared, and most of the content is humdrum and uninteresting. Nevertheless, an essential addition to my library of English chess literature. These are the best entries that I could find: 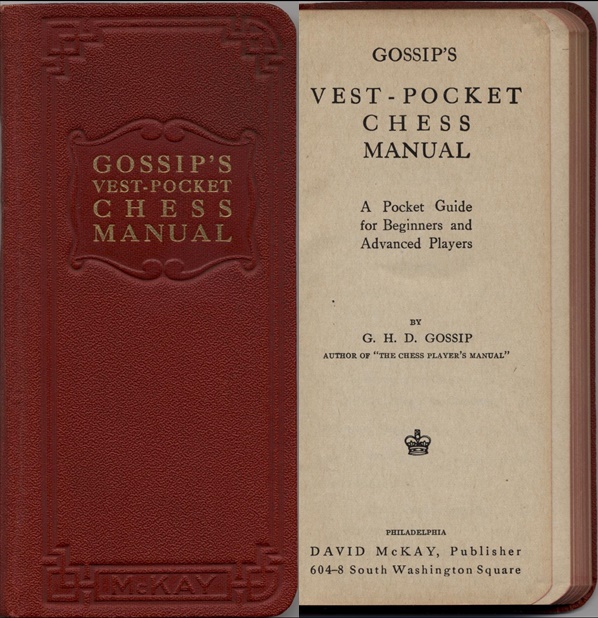 The main attraction of this little book lies in the beauty of its production. The decorative blind-stamping of the red cloth covers incorporates the publisher's name, and the gilt title is in an embossed shield. The adornments are completed with pink-tinted edges and rounded corners. There are both Art Nouveau and Art Deco influences in the binding. This example is as fresh as the day it was produced, one hundred years ago. 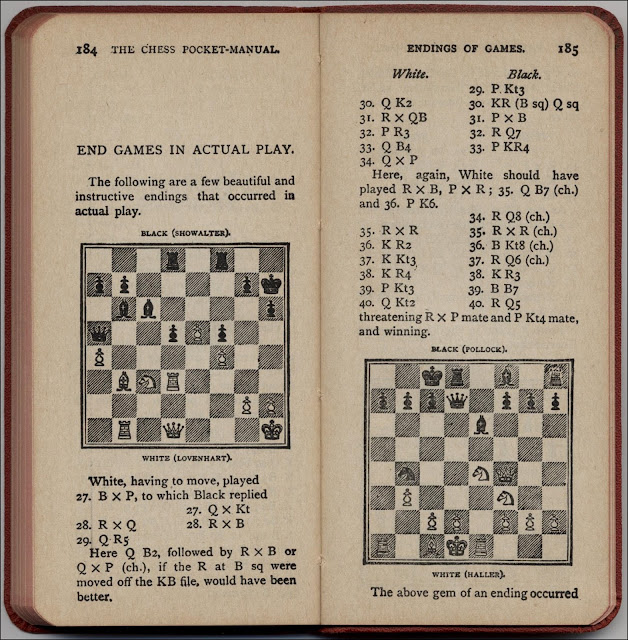 The book is a later edition of The Chess Pocket Manual by G. H. D. Gossip, first published in 1894, and includes basic instructions, 125 pages on the openings and 26 pages on endings. Some illustrative games are given including a few of Gossip's own games. 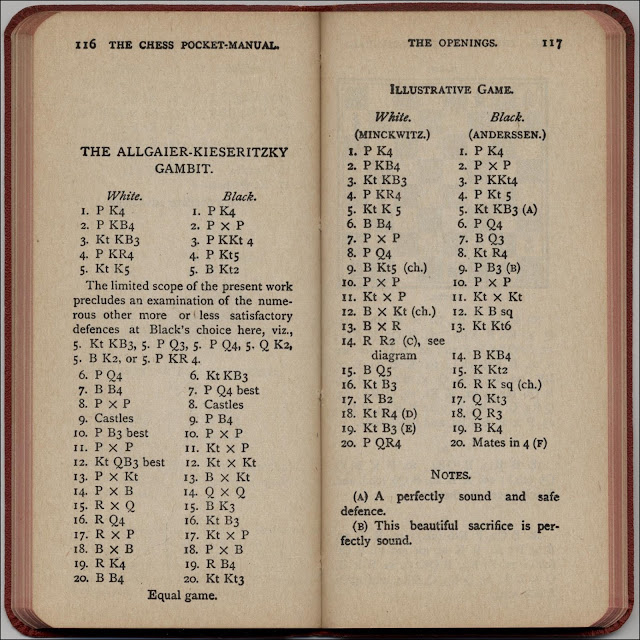 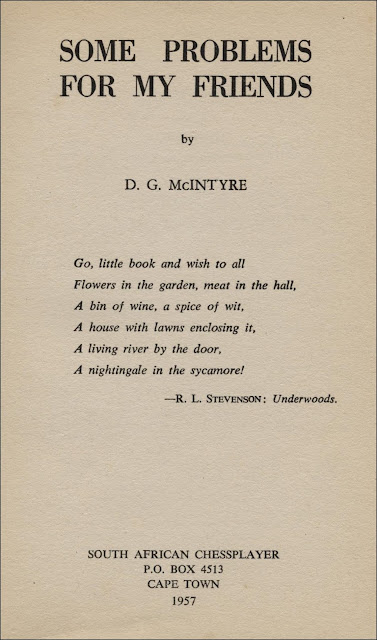 The book has a frontispiece portrait of Donald McIntyre on glossy paper but, unusually, this is not facing the title page but is on the recto of the preceding leaf. 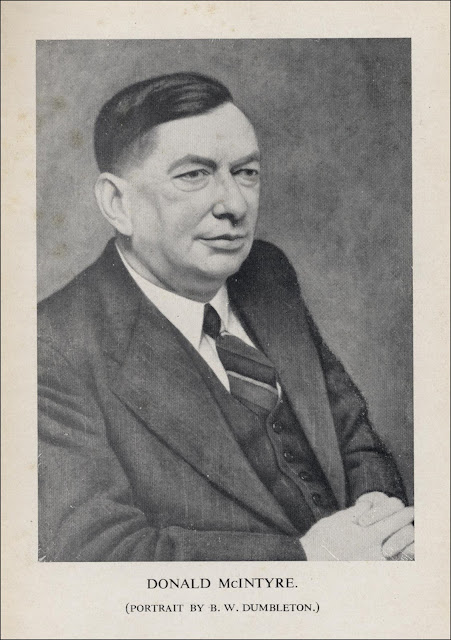 The book was issued partly "in gratitude to the many who over the years have collaborated with me in making a collection of three-move problems by C. A. Lucas Bull, South Africa's greatest problemist, living or dead." (Bull died in 1935).  The cost of publishing Bull's problems was, however, prohibitive and the hoped-for grants from South African cultural funds were not forthcoming. McIntyre continues: "Provision, however, has been made, so that, in the last resort, the book of Bull's three-movers, Sonatas in Chess, will be published after my death" He had presumably bequeathed funds for this purpose. In the end, this had proved unnecessary and Sonatas in Chess was published in 1960, six years before the reading of McIntyre's will, with the assistance of a grant from The Cape Tercentenary Foundation, according to Reitstein's bibliography.

A further objective of McIntyre's book was to "call the attention of problemists and problem lovers to the Alain White Chess Problem Collection in the South African Library." More about this later.

Some Problems for my Friends has an introductory essay: On Problem Collections, by Alain White together with a portrait of White, this time on the verso facing the essay. Now, White had died in 1951 and, in his Foreword, McIntyre explains that this essay was originally written in 1914 in readiness for a small collection of his problems that never appeared due to the outbreak of war. McIntyre considered that White's remarks were still pertinent over 40 years later. 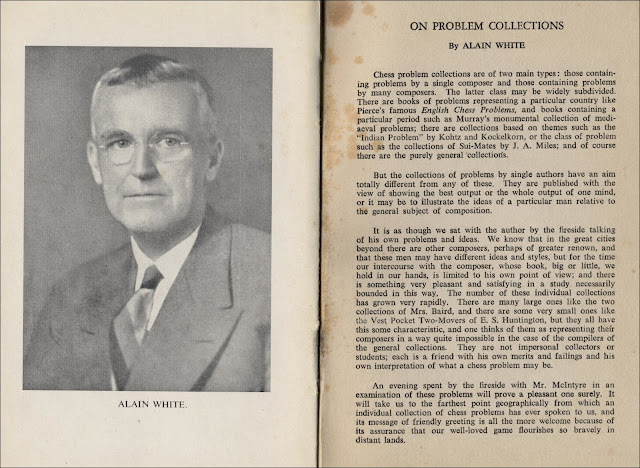 Alain White mentions a small collection of problems by E. S. Huntington; Vest Pocket Two-Movers. This is a rare booklet of 20 pages published in Boston in 1888, but not recorded in Betts' Bibliography and not in the van der Linde-Niemeijeriana collection. However, Cleveland Public Library holds a copy, along with an eight-page pamphlet by E. S. Huntington; Pocket Problems published in Quincy, Mass. in 1892.

McIntyre presents around 150 problems laid out so that the diagrams are on the left-hand page with solutions and commentary opposite.  These range from juvenilia to much more complex compositions. 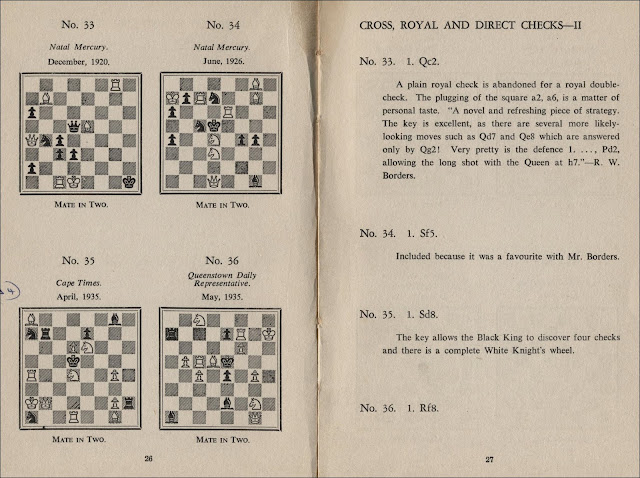 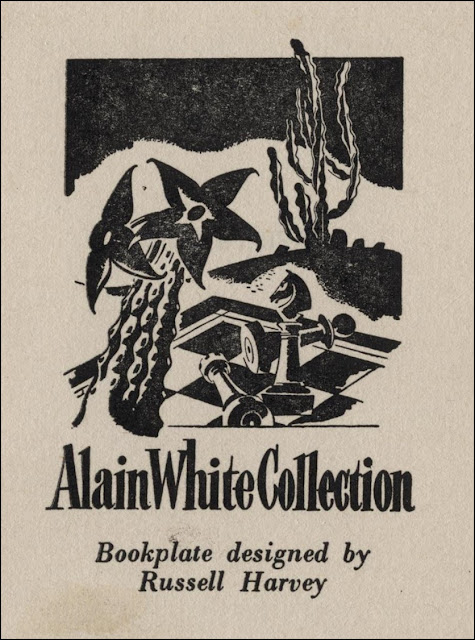 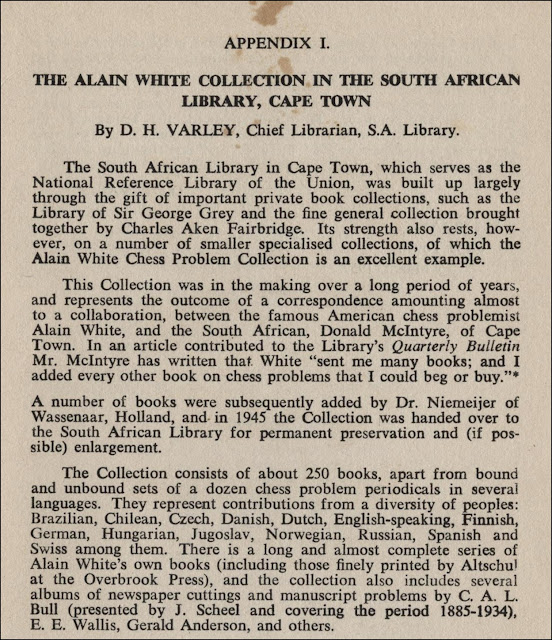 Appendix II has some South African chess poems and rhymes.


A few more next time.