Recent mention of Caxton's Game and Playe of the Chesse recalls the oft-repeated tale of Snuffy Davy from Walter Scott's novel The Antiquary which he wrote in the early months of 1816, setting the story in Scotland in the 1790s. The book was first published in Edinburgh and London in May 1816 in an edition of 6,000 copies. 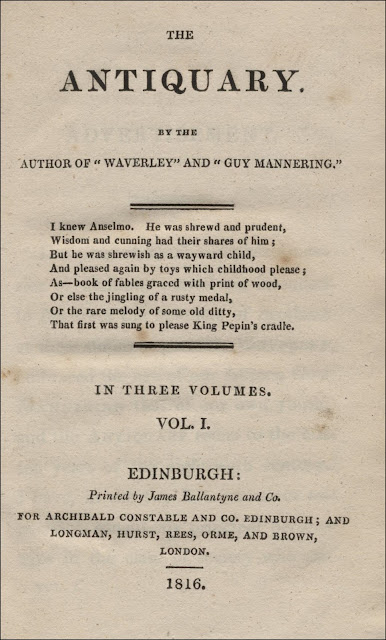 What is seldom repeated are the circumstances surrounding the telling of the Snuffy Davy anecdote.

The novel's main character, an antiquary named Jonathan Oldbuck, Laird of Monkbarns, north of Edinburgh, (and largely a self-portrait of Scott himself *), is a collector of antiquities and in particular old and rare books. However, he had a distinct aversion to second-hand book dealers, whom he dismissed as "peripatetic middlemen", preferring to track down volumes for his library from primary sources using his own time and toil.

Here then is the full anecdote from pages 56 to 59 of the first edition of The Antiquary, volume I, narrated in Scott's delightful early nineteenth-century prose: 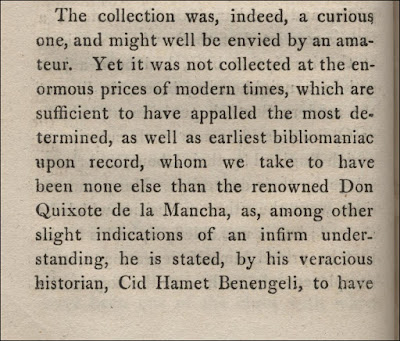 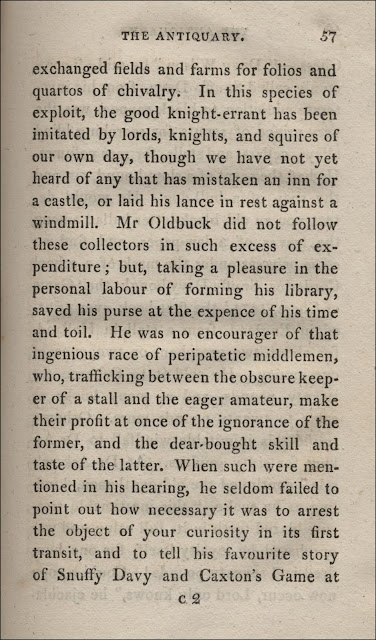 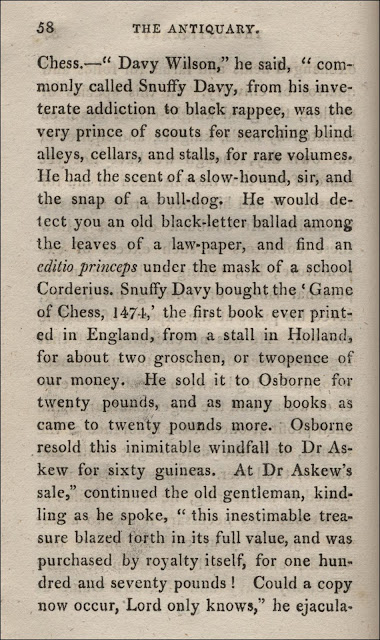 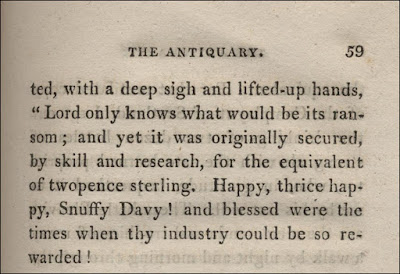 Oldbuck continues by relating details of a few treasures that he has unearthed himself in this manner, and vividly portrays the fervour and emotions experienced by all collectors as they hunt their quarry: 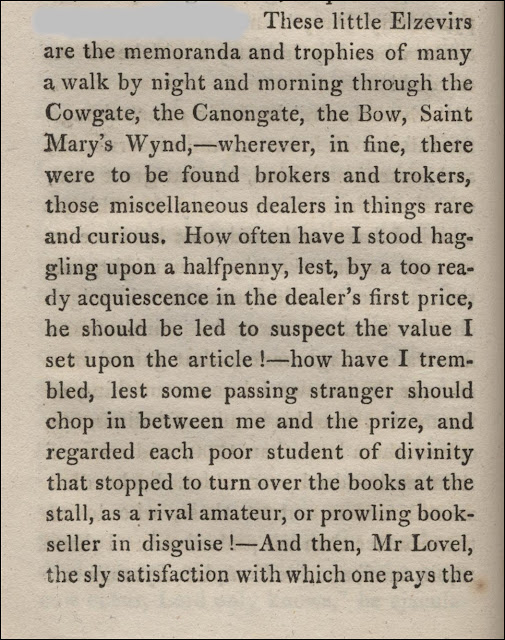 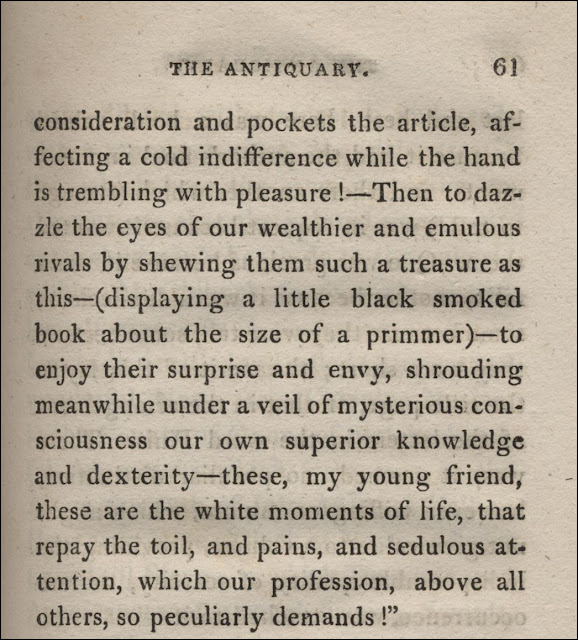 The anecdote is included in William Axon's Introduction to the verbatim reprint of Caxton's Game and Playe of the Chesse, published by Elliot Stock, London 1883, together with considerable information on the printing of Caxton's work, the whereabouts of the ten known copies (in 1883), and details of sales of this very rare volume, the first book on chess to be printed in English. The British Chess Magazine reprinted Elliot Stock's book in 1968. 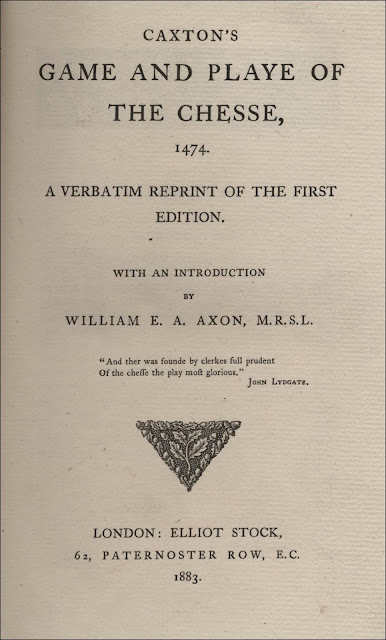 The story can also be found in Chess Pieces by Norman Knight, London 1949, pages 99 - 100, followed by further information on Caxton's book.

The British Chess Magazine for December 1891 contains an article about Sir Walter Scott by HRH, on pages 530-531, with details of many references to chess in Scott's writings, but, curiously, there is no mention of the Snuffy Davy episode. An abridged version of this article is on pages 276-277 of Reinfeld's The Treasury of Chess Lore, London 1955.

The British Chess Magazine for June 1946, pages 186-187, gives brief details of the sale of Lord Cunliffe's library including a first edition of Game and Playe of the Chesse which sold for £1,900. This is also included in The Treasury of Chess Lore on page 290.

* This information and a few other details are taken from the walterscott.lib.ed.ac.uk website.