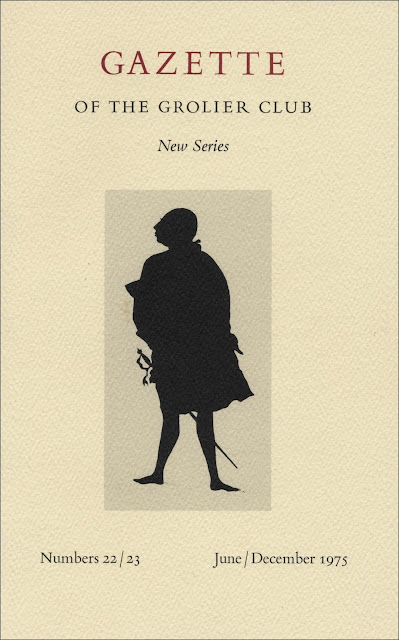 This remarkable exhibition was planned as an afterpiece to Bobby Fischer's first defence of his world championship title, which, as Stephen Weissman dryly observes in his introduction: "sadly, never took place; exhibition schedules, however, are not so easily ignored, and it was decided by the committee that match or no, the show must go on" 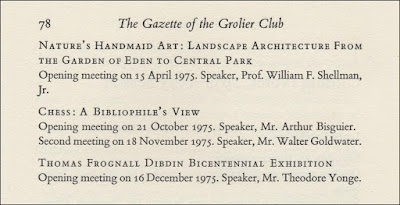 Weissman selected the exhibits and states "I have tried to be fairly complete in my selection of early books on the practical theory of chess, and reasonably thorough in choosing printed versions of important tournaments and matches".

Following his introduction, Weissman lists the circa 200 exhibits ranging from 14th century manuscripts to handwritten items from the 1970s by Fischer and Karpov. Every item is described in some detail, along with introductory remarks on many of the chess personalities featured, (although some of the observations are contentious). Unfortunately, no illustrations are included in the catalogue.

The Catalogue is in chronological order and is extraordinarily rich in the very earliest chess works beginning with seven manuscripts and nine printed books all dated before 1500! 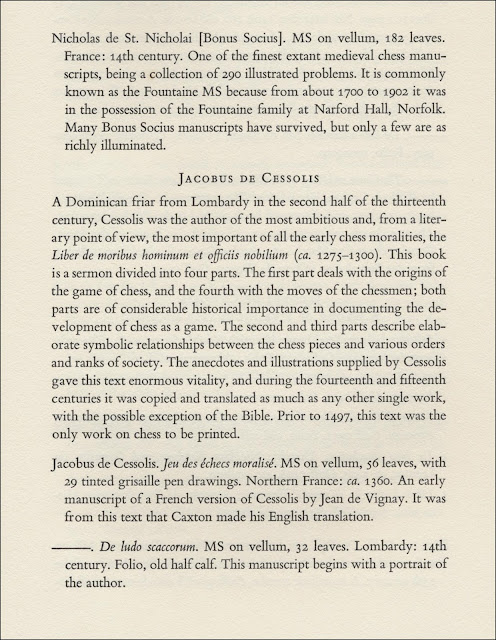 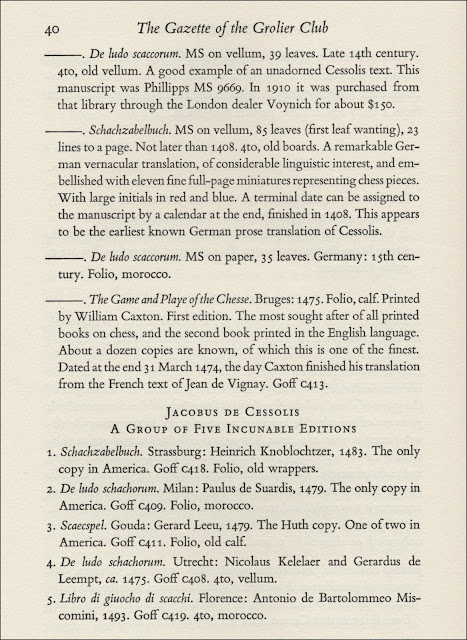 The incunabula included Caxton's The Game and Playe of the Chesse, Bruges 1475, described in the catalogue as "The most sought after of all printed books on chess", and also Artes orandi, epistolandi, memorandi, by Jacopo Publicio, Venice 1482, which has a woodcut of a chessboard on the last leaf, claimed to be the very first such representation to appear in a printed book.

The illustration below is from a 1490 edition of the same work, courtesy of Jurgen Stigter. (See also LN 4677) 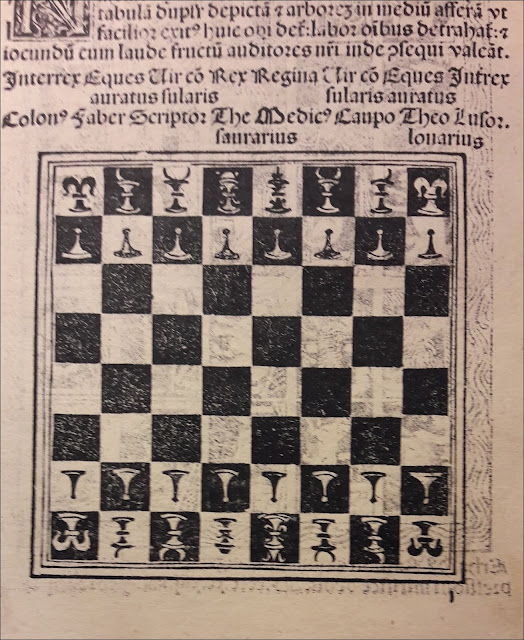 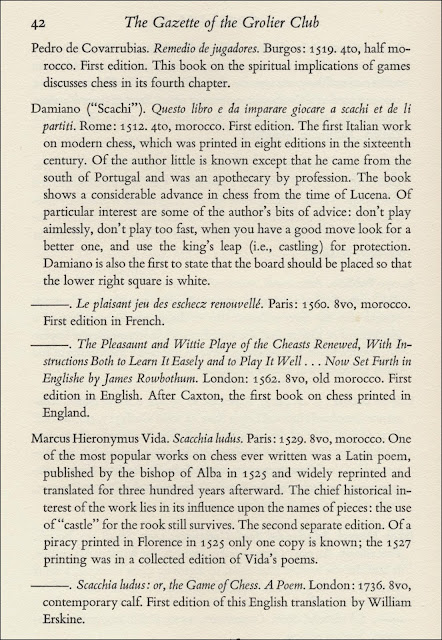 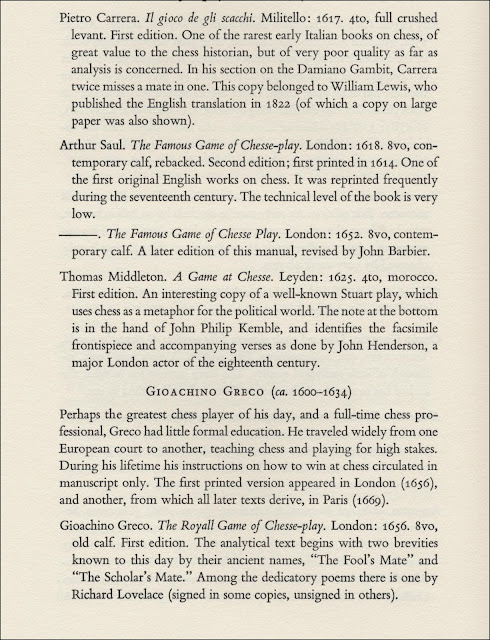 Ten books and pamphlets discussing von Kempelen's Automaton were exhibited and a large collection of Paul Morphy memorabilia was on display, including his chessboard, letters, scoresheets, the bust by Lequesne, photograph etc. 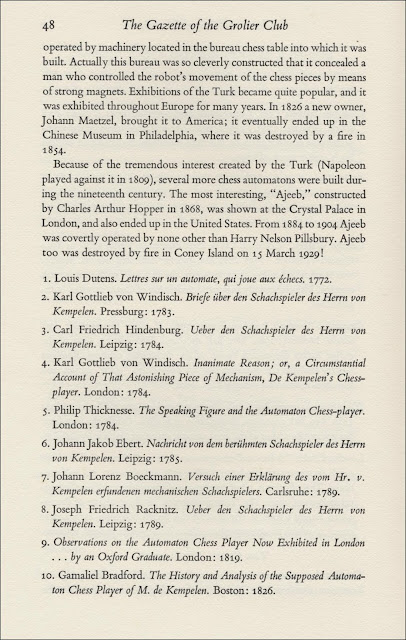 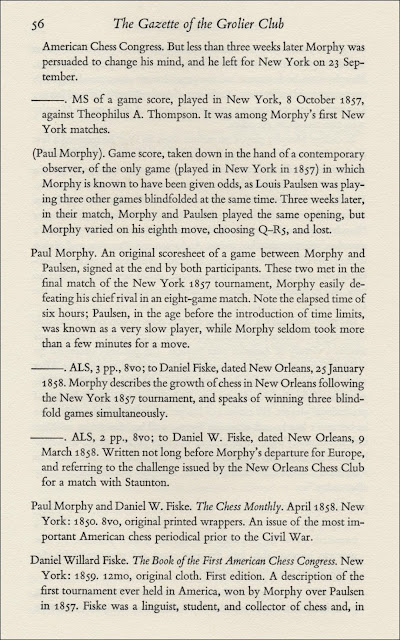 Many of the most important and influential chess books of the last 500 years, were on display along with a considerable number of manuscripts, letters and other ephemera, with examples from Sarratt, Deschapelles, Saint-Amant, Kieseritzky, Staunton, Löwenthal, Pillsbury and many of the leading chess figures from the 20th century. (Incidentally, a two-line hand-written note of fourteen words by La Bourdonnais dated 1837 sold for £3,380 at auction recently.) 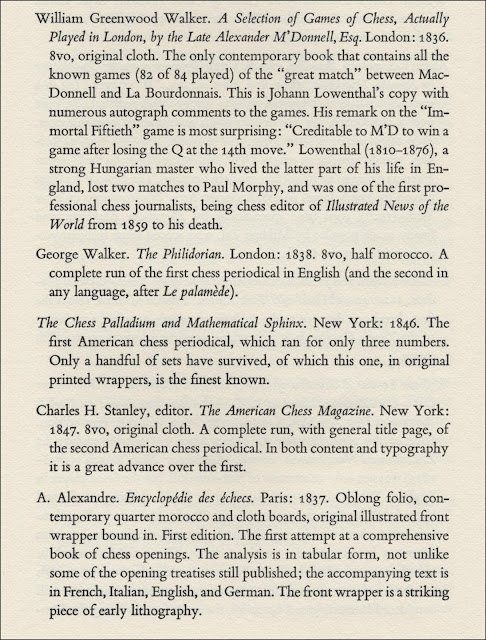 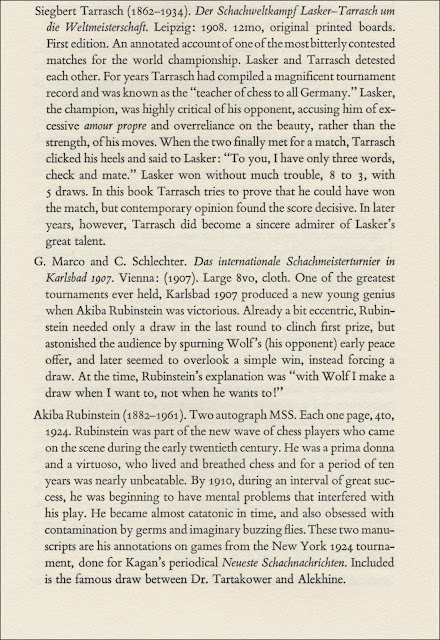 A bound volume of virtually all of the original scoresheets from New York 1924 was on display, opened at Reti's scoresheet for his famous win against Capablanca. Three further items in Capablanca's hand were also exhibited: 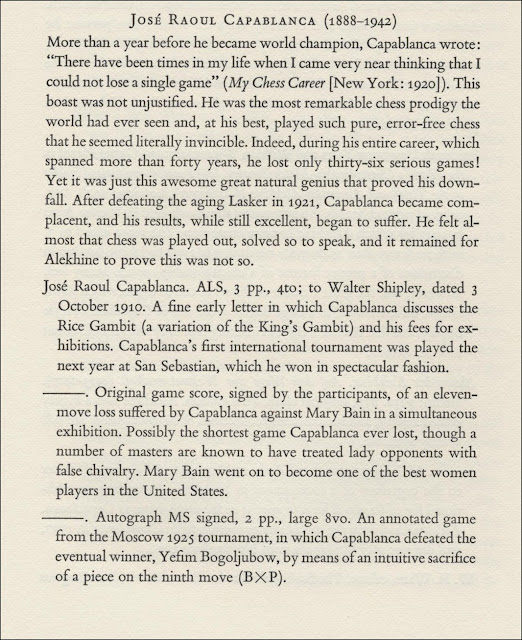 A small number of bibliographical works were displayed including A Catalogue of Rare and Valuable Works relating to the History and Theory of the Game of Chess, being the Greater Portion of the Famous Library Formed by J. W. Rimington Wilson, London 1929; described as "The finest collection of chess books ever offered for sale." 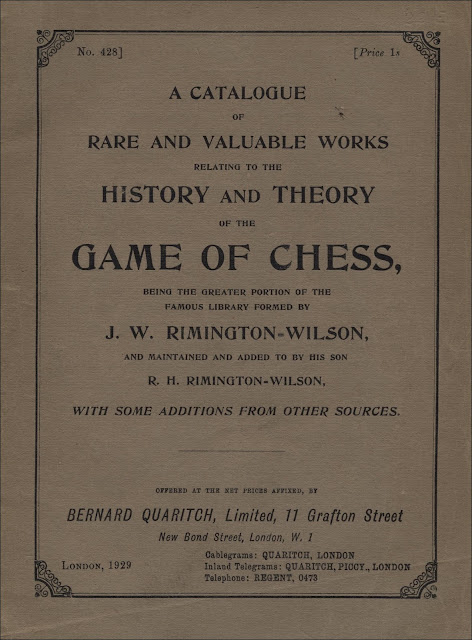 The lenders to the exhibition were acknowledged as follows: 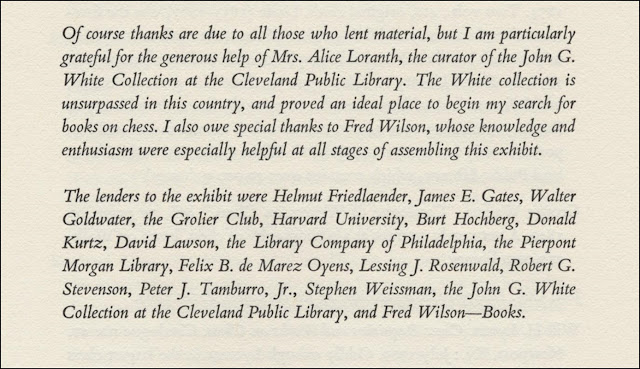 Posted by Michael Clapham at 18:29