Exhibitions of chess books are rarely arranged, but I have catalogues of three such events and give details in this, and the next two posts.

The Central Library of Barcelona organised an exhibition in March 1940, comprising mainly of books from the collection of Don José Paluzie y Lucena, and published a Catálogo de la Exposición Bibliográfica de Ajedrez  in 1943. 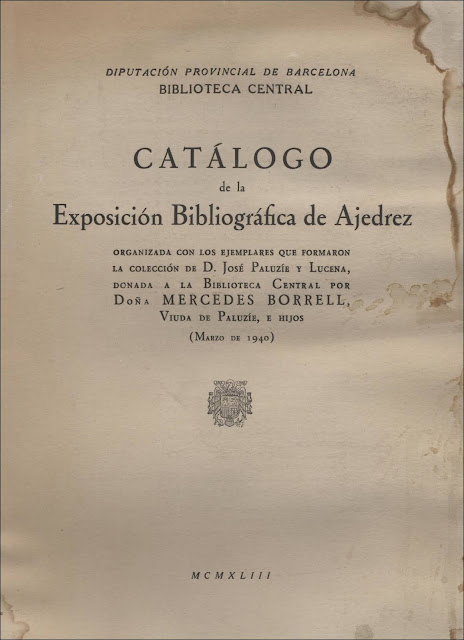 Paluzie y Lucena (born 1860, died 1938 according to Gaige, but twice recorded as 1935 in this catalogue) was a leading figure in Spanish chess circles; a first class player and with a special interest in chess problems, he wrote a number of chess books including the important Manuel de Ajedrez in three volumes, Barcelona 1911 -1913, and pioneered the publication of chess books in Esperanto. He assembled a large and impressive chess library, which he generously made available to others, and this was donated to the Biblioteca Central in Barcelona by his family following his death. 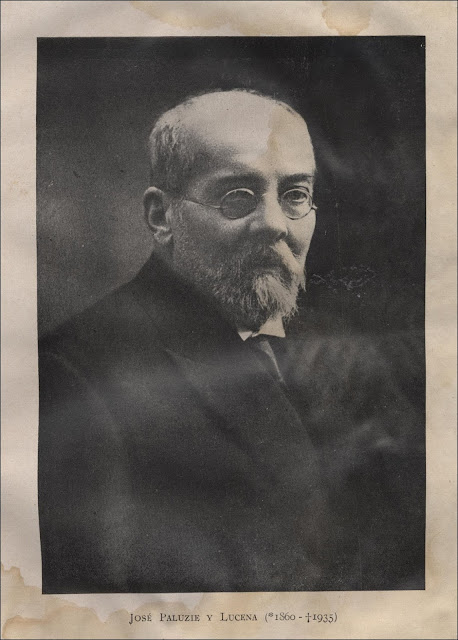 The Catálogo lists 476 exhibits which were loosely divided into the following categories: 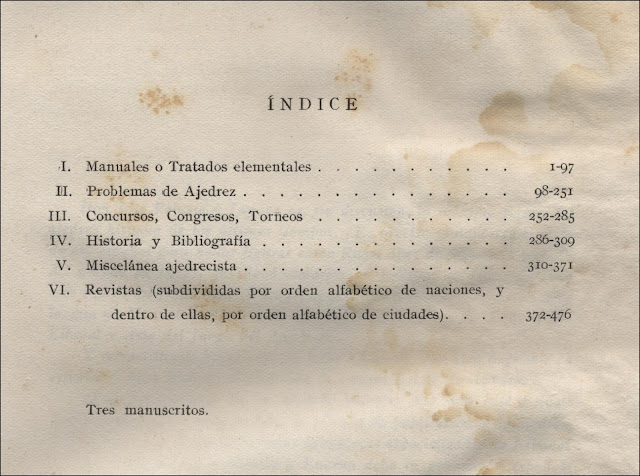 Books in many languages from around the world were exhibited, and each book is described in the Catálogo with basic bibliographical information. Naturally there were many Spanish works on display and it seems from these that Barcelona was a more prominent publishing centre than the capital Madrid. Few very early chess books were exhibited but an incomplete Repetición de Amores, e Arte de Axedre by Lucena, Salamanca 1497, was on display.

There follows a page or two from each section of my damp stained copy of the Catálogo: 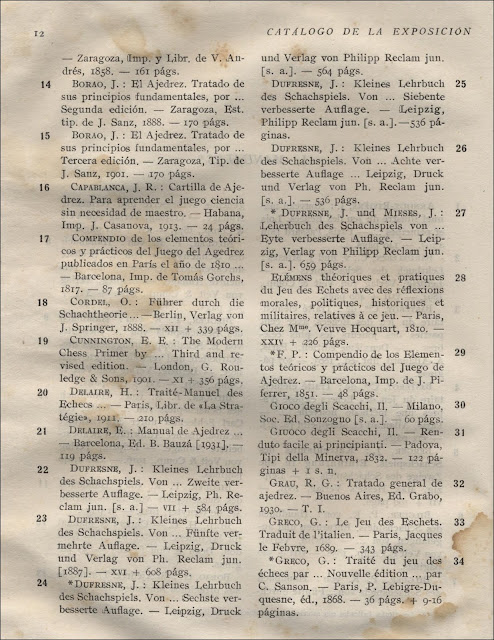 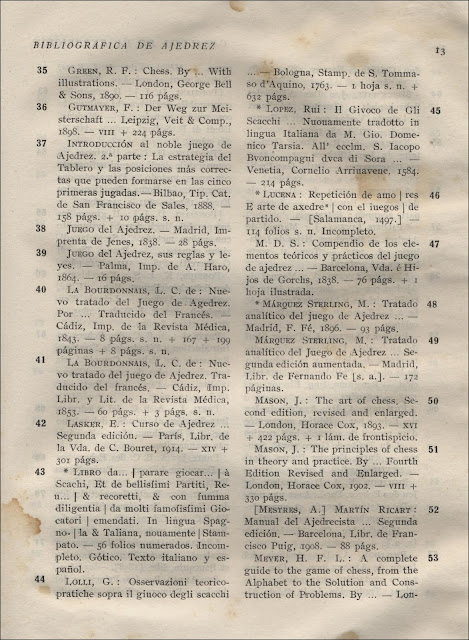 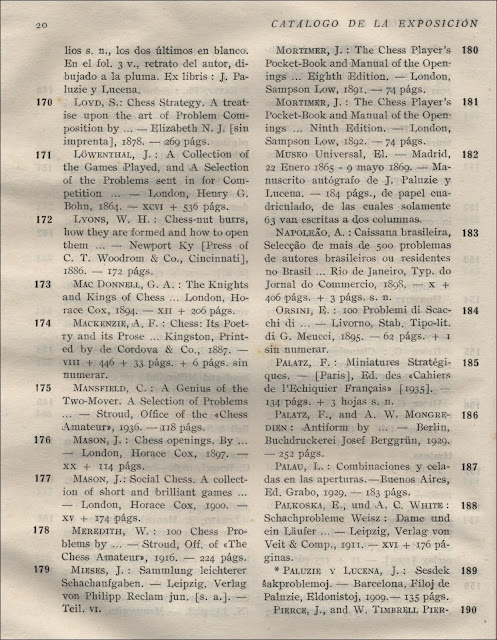 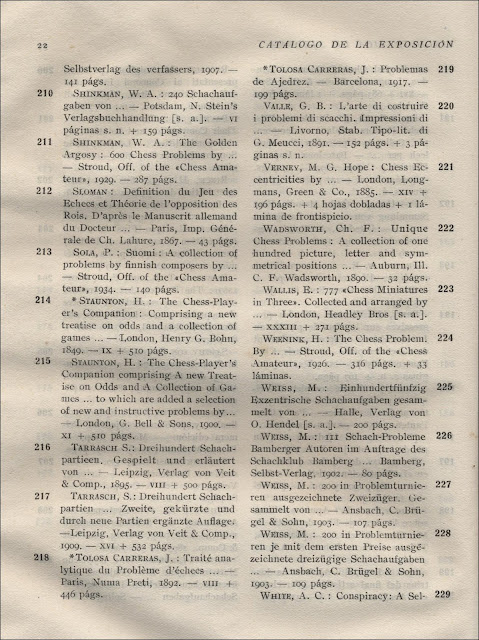 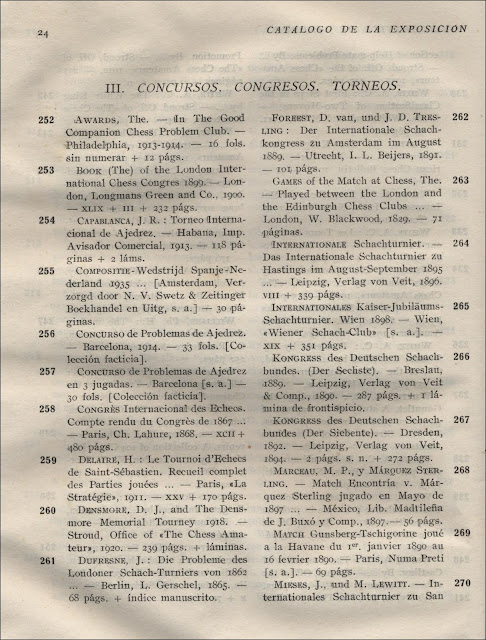 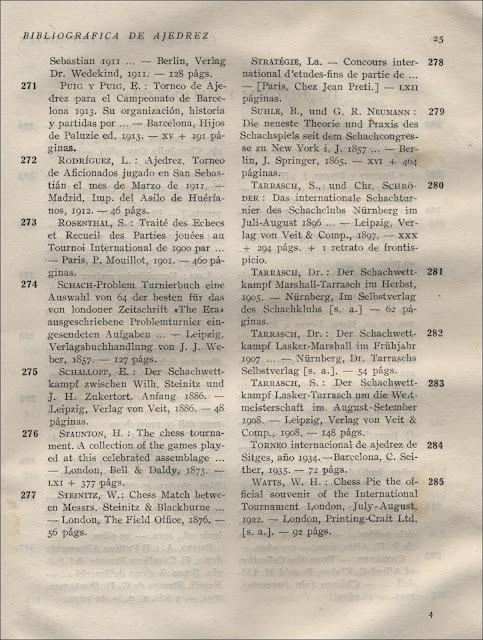 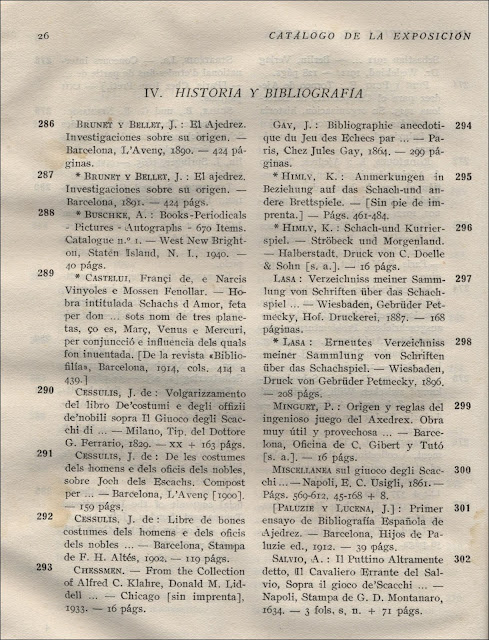 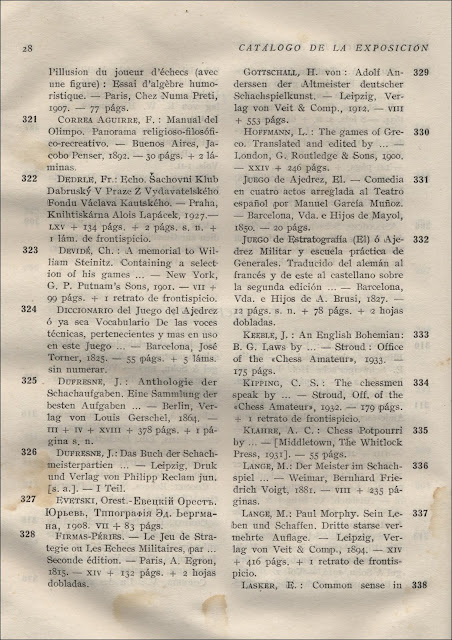 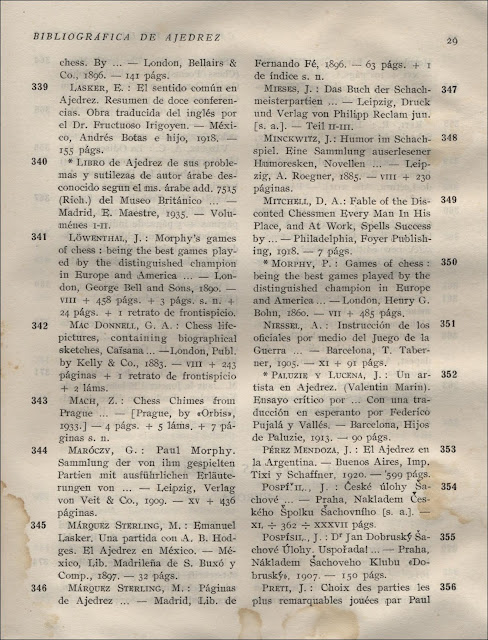 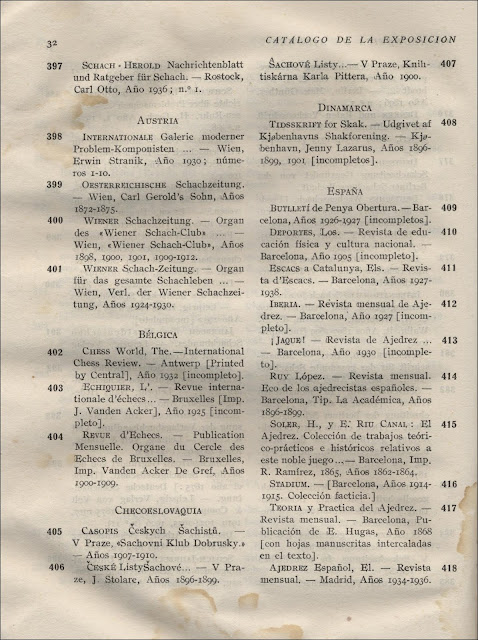 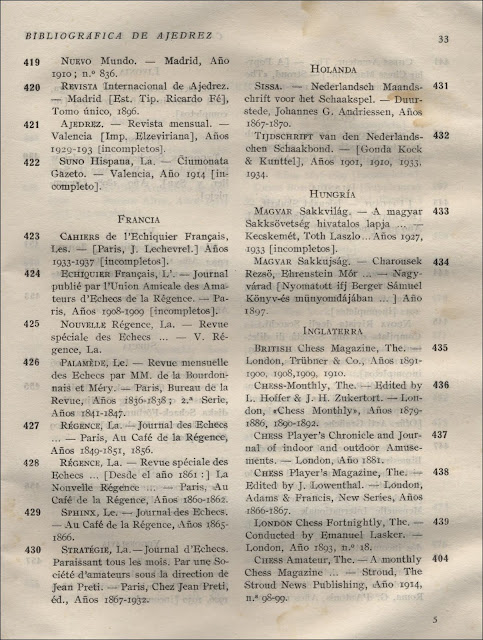 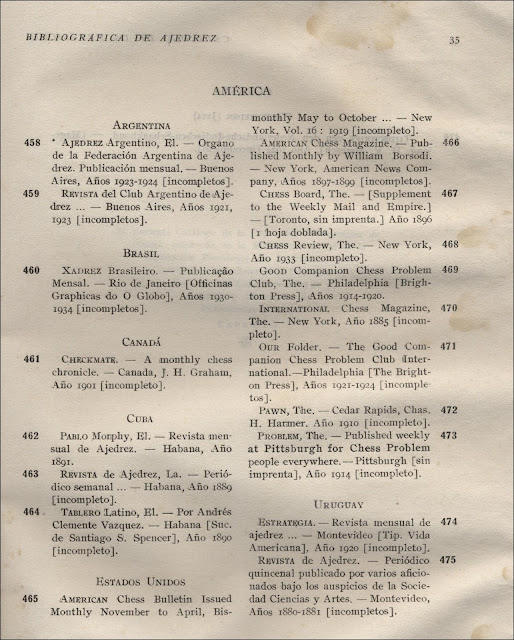