The Chess Collection of George Allen, The Library Company of Philadelphia 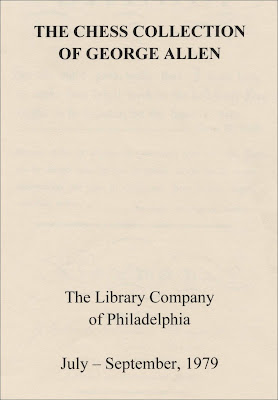 This typescript pamphlet of 24 pages has no title page and very little introductory matter, just a short paragraph on George Allen (1808-1876):

However, this appears to be the catalogue for an exhibition, held from July to September 1979 at the Library Company of Philadelphia, of items from the George Allen collection acquired by the Library in 1878. Penn Libraries give a publication date of 1980 and names Kevin Coghlan and Sandra Nathanson as contributors.

The catalogue lists 60 items and each one is described in detail with much illuminating information; there is also a handful of poor quality illustrations. Almost a quarter of the exhibits were associated with the Automaton Chess Player.

The first items listed are Illustrations from the Allen Scrapbooks; three lithographs of von Kempelen's Automaton Chess Player dated 1783, two broadsides printed after Maelzel's acquisition of the machine, a lithograph of Louis Paulsen playing Max Lange,  and a lithotint of the competitors in the first American Chess Congress of 1857. 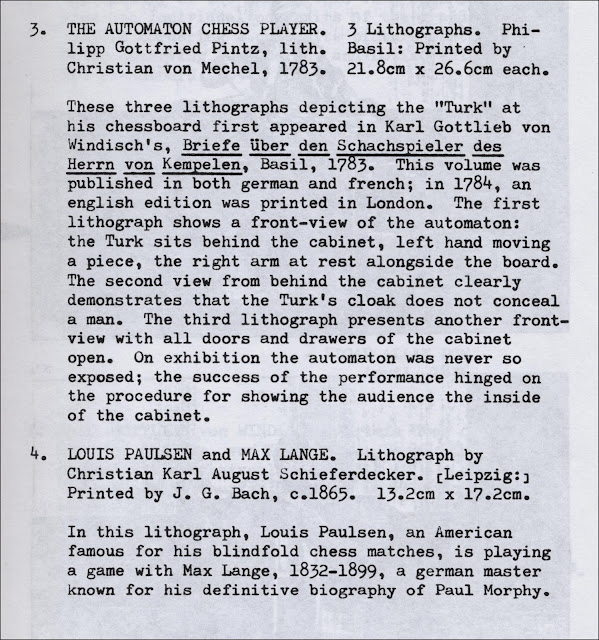 The next section gives details of eleven books and letters relating to the Automaton, including works by von Windisch 1783, Racknitz 1789, Hindenburg 1784, Hunneman, 1820, Observations on the Automaton Chess Player by an Oxford Graduate 1819, Robert Willis 1821, Gamaliel Bradford 1826 and William Schlumberger.

The compiler of this catalogue makes the unfounded suggestion that the "Oxford Graduate" may have been Maelzel himself. 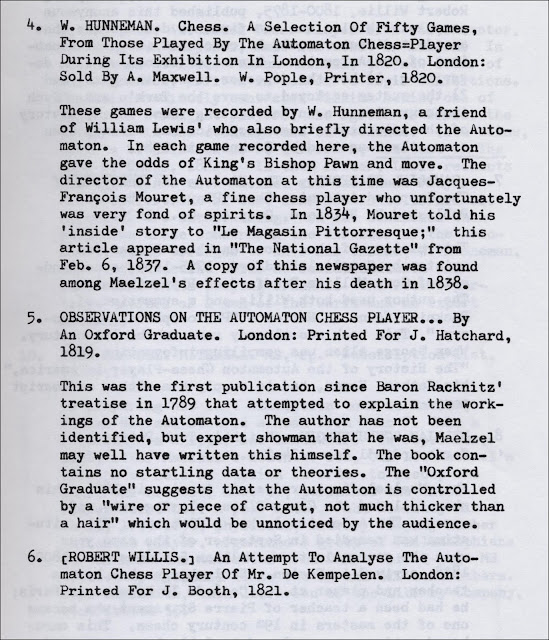 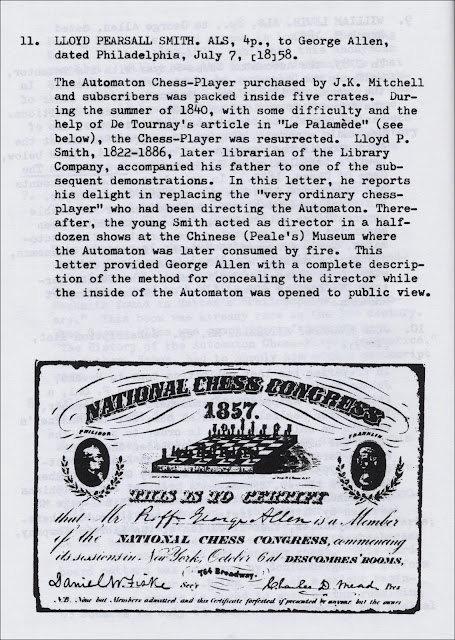 Among the exhibits was a letter from William Lewis to George Allen recounting his experiences with Maelzel and the Automaton, including an occasion when suspicions arose concerning the player hidden inside; Lewis arranged for his friend W. Hunneman to direct the machine while he socialised with his suspicious chess-playing friends.

The next section is titled The Milieu of the First American Chess Congress and includes books, letters and other ephemera pertaining to that event. Periodicals of the era on display included the complete eleven volume run of Le Palamède from 1836 to 1847, The Philidorian 1838, The Chess Palladium and Mathematical Sphinx 1846, and Fiske's Chess Monthly 1857. The final item in this section is Chess in Philadelphia by Gustavus Reichhelm and Walter Shipley, published in 1898; obviously acquired post George Allen, and no doubt included on account of the considerable amount of Morphy material in the book. 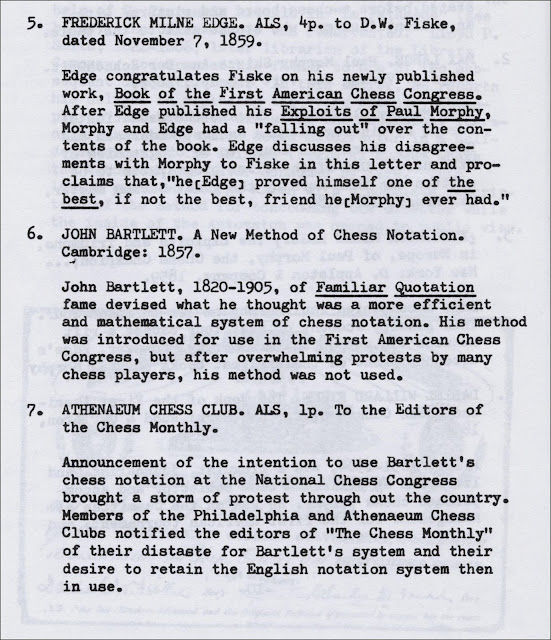 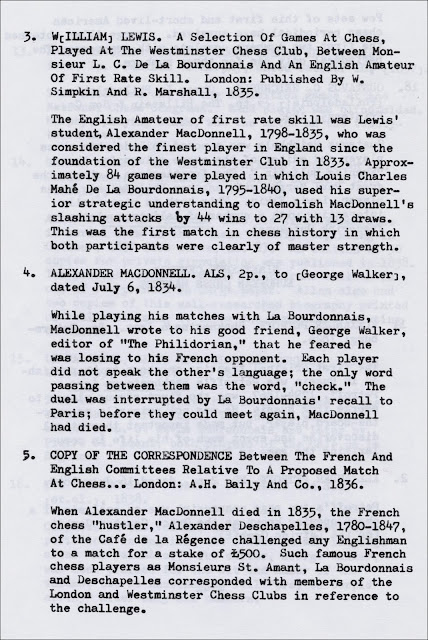 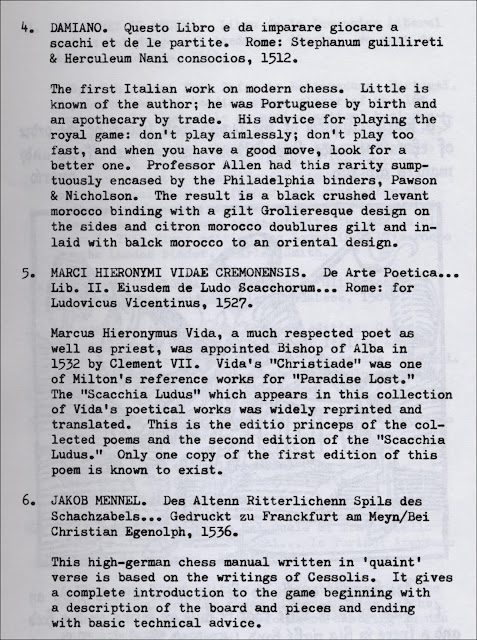 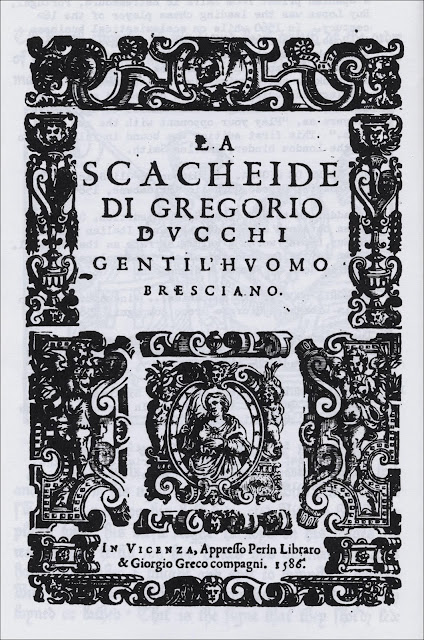 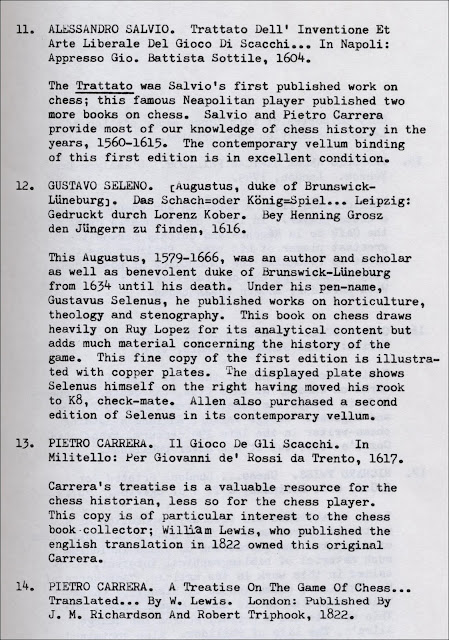 A number of items in this exhibition had previously been exhibited at the Grolier Club in 1975.

Posted by Michael Clapham at 22:46