A stimulating series of articles and correspondence was launched with an item in The British Chess Magazine for July 1932 on pages 288/289: Some Reflections on Chess Authorship. This article was signed simply "S", (possibly Philip W. Sergeant) and the author lamented the poor financial rewards for chess writers. "S" wonders what is the most ever made out of a chess book and, while acknowledging that a few authors, such as James Mason and Edward Lasker enjoyed long sales runs of their works, his own experience was that "the game is not worth the candle". 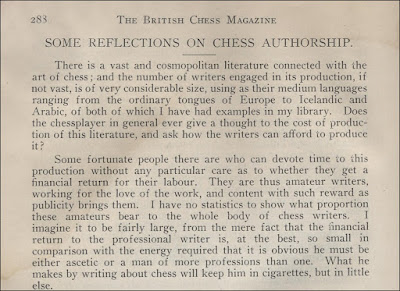 "S" put the blame on the chess reading public for expecting to enjoy the game for next to nothing,  being unwilling to pay for their amusement, and for using the books available in clubs and libraries rather than buying their own copies.

J. Keeble responded in a letter published in the September issue of BCM on page 402 in which he revealed that the print run of J. H. Blackburne's Games at Chess, London 1899, was 3,001 copies, bringing in £1,500 if all sold at ten shillings, therefore presumably making a profit.

"S" added a footnote to Keeble's letter suggesting that, even on these sales, which were good for a chess-work, the payments to Blackburne and his editor Anderson Graham would only have amounted to between £150 to £225, and concluded that "chess authorship has mainly the reward of virtue".

The British Chess Magazine for October 1932, followed up with an article: The Chess Student and the Author on pages 436/437, having received a letter from W. F. Streeter of Cleveland, Ohio. 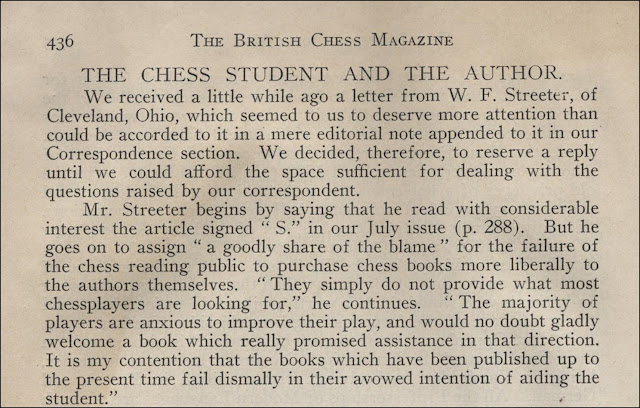 Mr Streeter hit back, blaming the lack of chess book purchases on the authors for not providing what chess players are looking for, perceiving that chess writers were all too often content to tell the readers "What" without taking the trouble to tell them "Why".  He then requested details of books fulfilling the following criteria:

The BCM article responded to Mr. Streeter's request by firstly making it clear that students should not expect to be spoon-fed everything, but should be encouraged to study and think for themselves, and then recommending the following English titles: 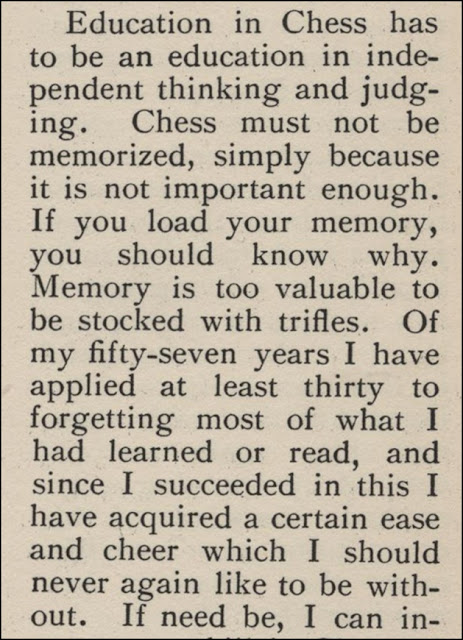 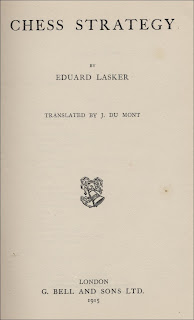 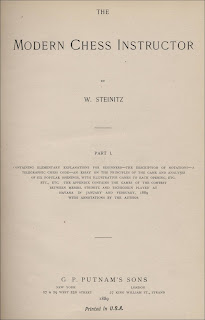 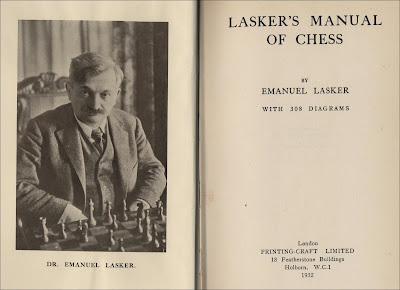 2. The BCM did not know of any complete textbook on solving end-games but recommended A Thousand End-Games, by C. E. C. Tattersall, Leeds 1910, as covering the whole field. 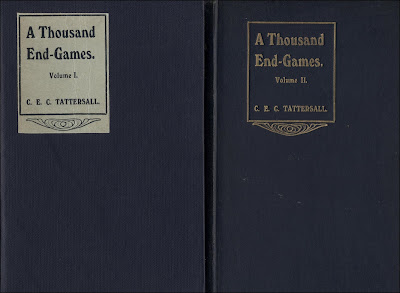 3. The BCM suggested the collected games of Alekhine (by himself), Blackburne, Charousek, Morphy, Pillsbury, and Steinitz, together with various tournament books, without naming any particular titles. 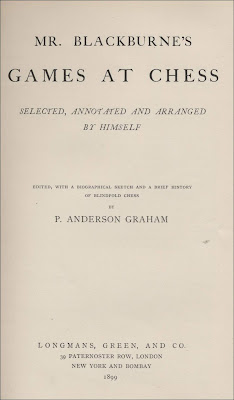 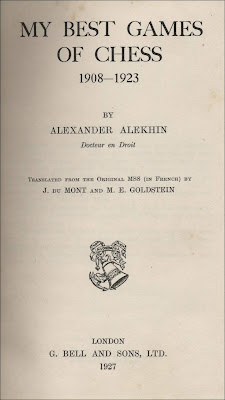 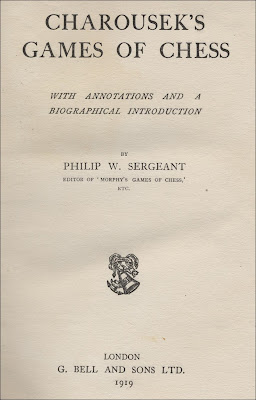 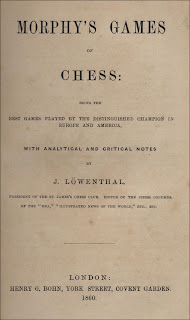 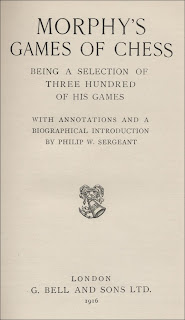 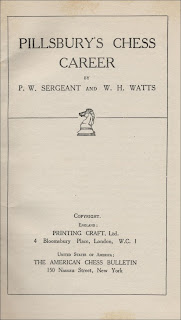 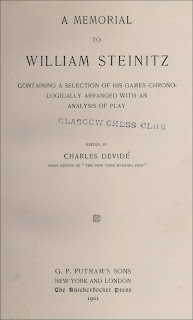 This article provoked further correspondence and two letters were published on pages 479-480 of the November 1932 magazine. The first was from F. E. Yewell who sympathised with Mr. Streeter's requirements of a chess book, stating that he had put into words the wishes of a considerable number of chess club members. He then makes a number of suggestions himself including two books by Znosko-Borovsky; The Middle Game in Chess and How Not to Play Chess. 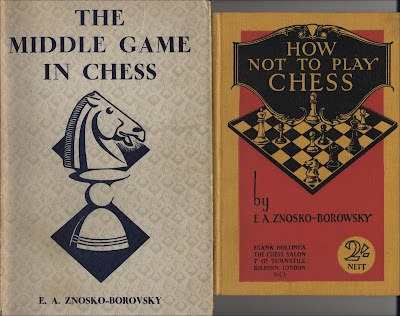 The second letter, from C. A. S. Damant, gets straight to the point in stating that The BCM's reply to Mr. Streeter was "astonishing in its omission...... there is one book, and only one, that clarifies every phase of modern chess." The neglected work being My System by Aron Nimzowitsch, which Mr. Damant praises highly. 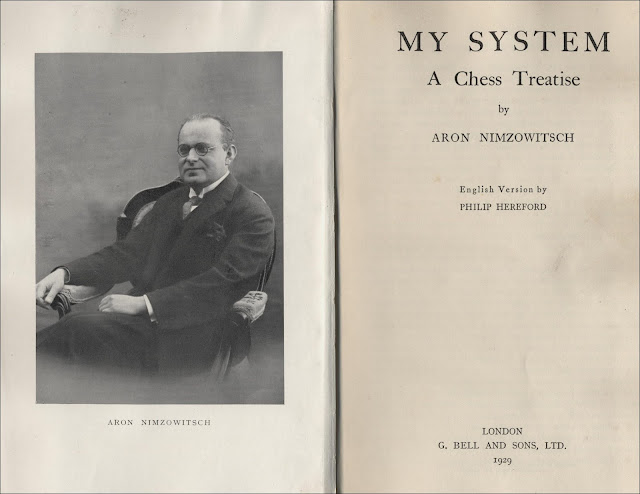 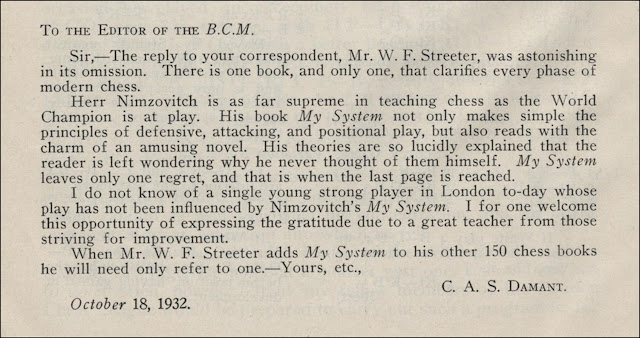 Of course, none of the above has diminished the appetite of most chess players for openings books enabling them to simply memorise long variations of moves by rote.

Posted by Michael Clapham at 21:53