Availability: CPL but not KB or BL.

I only have a very poor scan of this book which shows that the design is similar to other books issued by The British Chess Company.

The Reverend Lewis Rou, pastor of the French Protestant Church, New York City, and the missing manuscript of his tract relating to chess (1734), entitled Critical Remarks upon the Letter to The Craftsman on the Game of Chess occasioned by his paper of the 15th of September 1733, and dated from Slaughter's Coffee-house, September 21, by Willard Fiske, The Landi Press, Florence January 1902. 14, [2]p.

Reprinted with slight changes from The Book of the First American Chess Congress, by Daniel Willard Fiske, New York 1859, pages 340-345.

This tells the story of Lewis Rou's manuscript which has been missing since 1858, and which may be the earliest chess manuscript written in North America.

The Lost Manuscript of the Reverend Lewis Rou's Critical Remarks upon the Letter to The Craftsman on the Game of Chess; written in 1734 and dedicated to his excellency William Cosby Governor of New York, by Willard Fiske, The Landi Press Florence 1902. 18p.

Reprinted with additions and comments from Notes and Queries, 19th July 1902.

Similar content to the item above, but rearranged and with more on the personalites involved in the story.

Availability: Many libraries have a copy of this including CPL and KB. Digital edition at archive.org 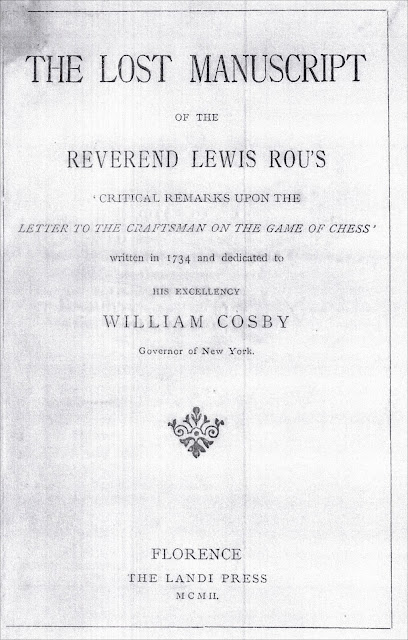 This pamphlet starts with a three page History of the Pillsbury National Correspondence Chess Association which was founded in 1896. There follows two articles giving advice on correspondence chess play, the first by Rev. Leander Turney and the second by Walter Penn Shipley. 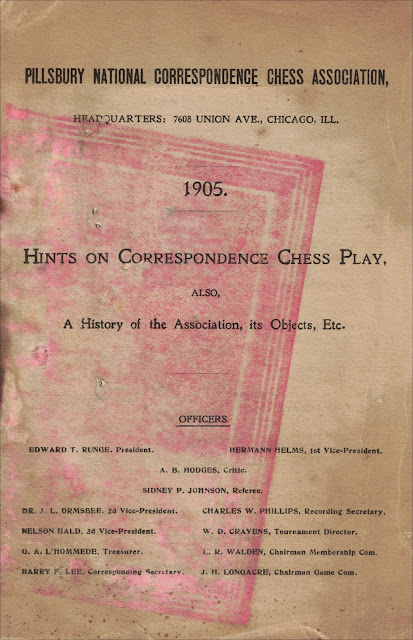 A Brief Review of the Chess Record of José Raúl Capablanca; and the Official Announcement of his Fourth American Tour 1911-1912, by Dana Welles, issued by Capablanca & Rosebault Chess Supplies and Literature, New York 1911.

See Chess Notes 3674 for further information on this rare pamphlet.

The Chess Bouquet and Small Heath Boulevard, by F.R. Gittins, 1911.

See separate article for comprehensive information on this publication. 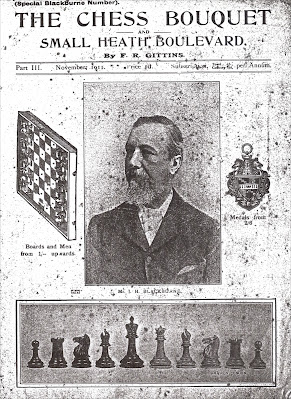 Rubinstein's Games of Chess: A very incomplete collection of the match and tourney games of a great master, by John W. DeArman, Pasadena 1912. 272p.

This booklet includes information on the foundation of the Federation, details of the first ten British Chess Championships,  results of the English County Championships, Correspondence Tourneys and the first three Problem Tourneys. There are further articles on the Permanent Invested Fund, Life Members, The Blackburne Testimonial, The Spread of Organisation, Federation Chess Clock, International Chess and the World's Championship, General Finances etc. 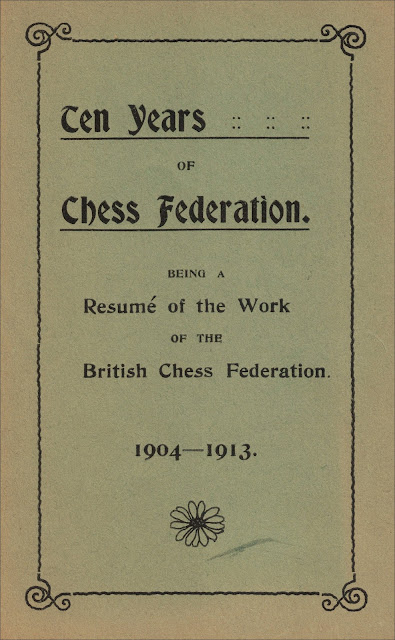 The Mysteries, Mysticisms and Moralities of Chess in their relation to the present time; done into verse and illustrated in an actual game, by John William Brown, Aberystwyth, 1912. 24p.

"Dedicated to all of my chess-playing fellow-members of the National League for Opposing Woman Suffrage." 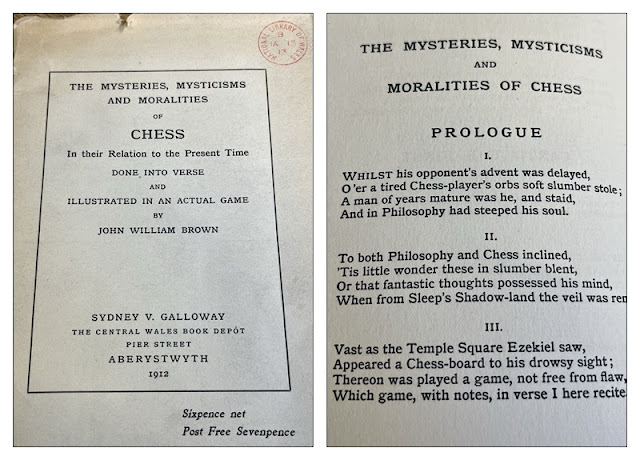 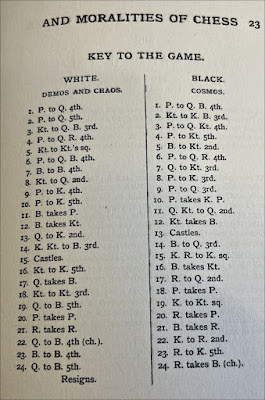 Chess: The Theory and Practice of the Game, published by Cassell & Company, London 1920. 69p.

No availability found. Worldcat, while recording this work, does not list any libraries with this item.

The Laws of the Game of Chess, revised and compiled by W. B. Tattersall, London c1920. 23p Posted by Michael Clapham at 14:57