Further 19th century works not included in Chess: An Annotated Bibliography of Works Published in the English Language. 1850-1968.

Availability: BL which has a compilation of British Standard Handbooks in two volumes. The whole series being edited by Henry Llewellyn Williams. Harvard University. 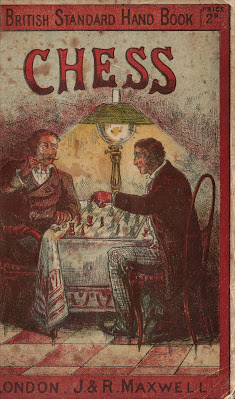 This appears to be a substantial and important work on chess automata which is absent from the main chess libraries. 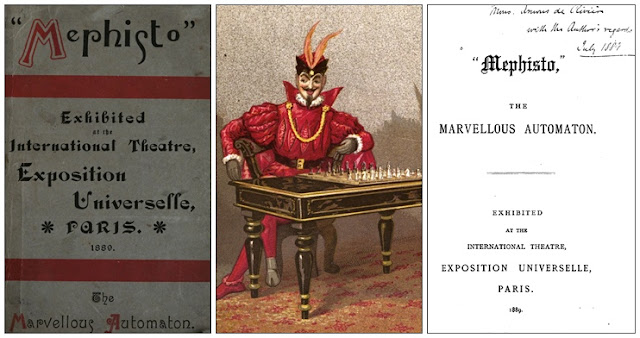 The author gives general advice on playing the game; the first eight pages concentrate on the deployment of the pawns. 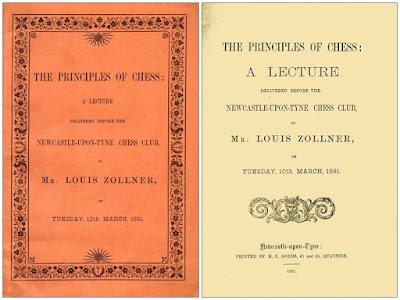 Reprinted with corrections and additions from the "Newcastle Weekly Chronicle".

Availabilty: Several libraries have a copy of this book, including IE University Library, Madrid, and Harvard University, but it is not in BL, KB or CPL. Digitized edition at hathitrust.org

A handbook on four-handed chess with particular reference to the Hughes game as played in the London Four-Handed Chess Club. Laws, openings, end-games, games and problems.

Source: Copy for sale by Michael Sheehan in 2017.

This unusual work covers a wide variety of events and personalities from around the chess world; the entire text is in rhyme. 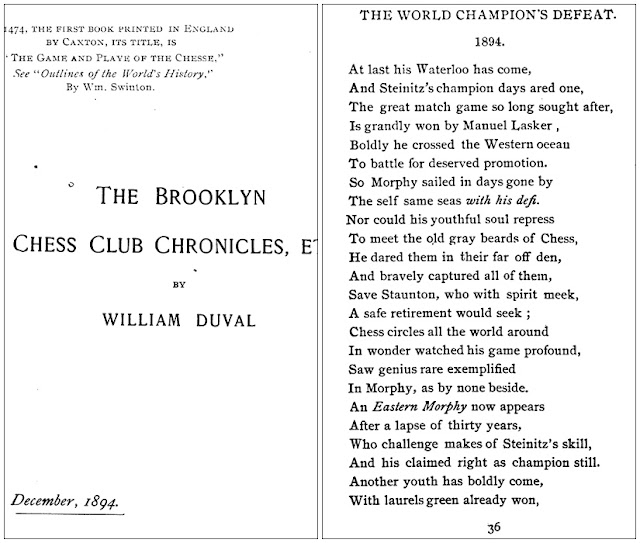 Covers events at the Club during 1895 and also Pillsbury's victory at the Hastings Tournament of 1895, all in rhyme. 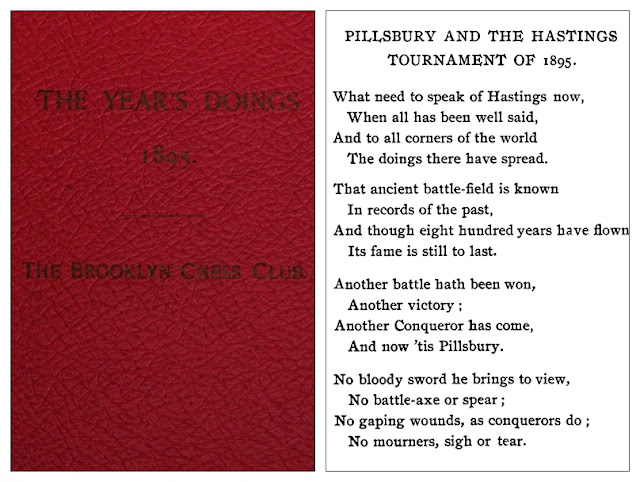 How to place eight men on the sixty-four squares of a chess or draught board so that no two men shall be in line vertically, laterally or diagonally, by Alexander Cuthbert, Glasgow 1895. 7p.

I am not sure if this counts as a chess book but I include it for completeness.

The date of publication is very uncertain. Various sources give dates between 188? and 1900. Cleveland Public Library has only a 64p later edition dated 1930s.

Reprinted from the Journal of the Royal Asiatic Society, January 1898. 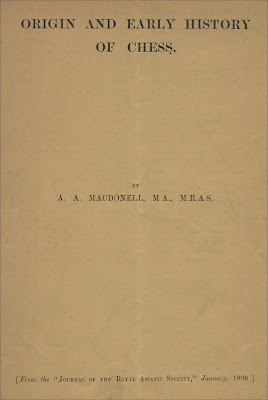 Posted by Michael Clapham at 15:47