The Chess-Player's Pocket Companion: Containing An Account of the Game of Chess; a Synopsis of all the ordinary Openings; Analyses of the best Attacks and Defences; and a few of the Endings of Games, by Samuel Comyn, Simpkin, Marshall and Co. London 1851. vii, 68 pages with folding plate of a chess-board between pages 20 and 21.

This is primarily a book on the openings but also includes an Introduction which covers the history of chess, general instructions, maxims, laws, notation etc. The final chapter discusses various endings. 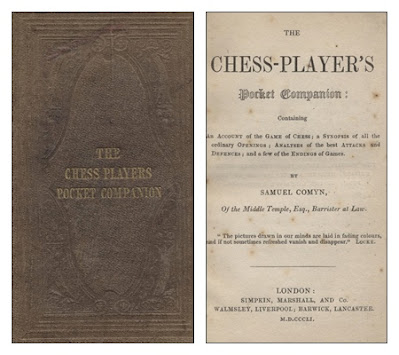 A Collection of Problems in Chess, by the most Eminent Composers; Exemplifying some of the greatest beauties of Chess Strategy: collected and arranged by John Augustus Miles, to which are added a few original positions, which have been constructed expressly for this work. Fakenham 1855. 64 unnumbered leaves. 50 copies printed. LN 2395

120 problems (plus two in the frontis) printed two to a page on the rectos only. List of Subscribers with thirteen names taking twenty copies between them.

The Art of Chess Playing for Beginners, by Paul Smith, Henry Lea, London [1861].

An abridgment of The Chess Player's Instructor (C H Stanley), "to fit the pocket of the gentleman and the means of the peasant".

No other details or availability found.

The author lists, in chronological order, the knights tours from literature and includes year, publication details , descriptions and illustrations. Around 60 entries from 1512 to 1864.

Described on Worldcat as picture problems.

List of Members, Rules & Regulations etc., Catalogue of Library, Chronicle of Chess and Chess Players in British Guiana from 1864 to 1875. Two problems. Corrigenda. 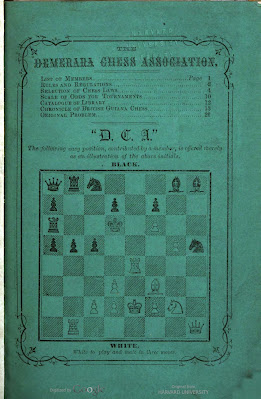 Problem Tourney of the Ayrshire Argus and Express, Ayr 1880. 36p 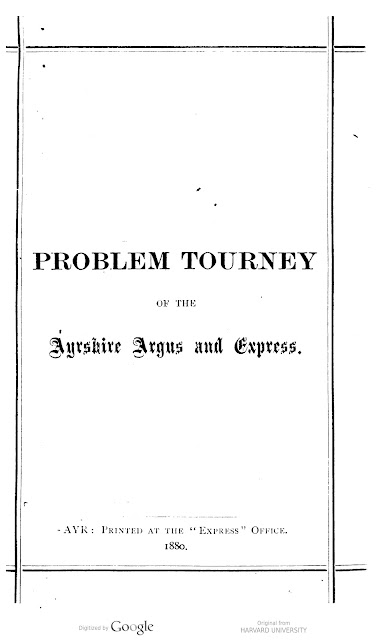 How to Judge and Appreciate Mephisto; the Marvellous Mechanical Chess-Player, published by G.C. Heywood, London [1881]

Four page pamphlet issued by the exhibitor to arouse interest in the chess-playing automaton, offering details that set it apart from the so-called Automatons previously seen in London, including the Turk. 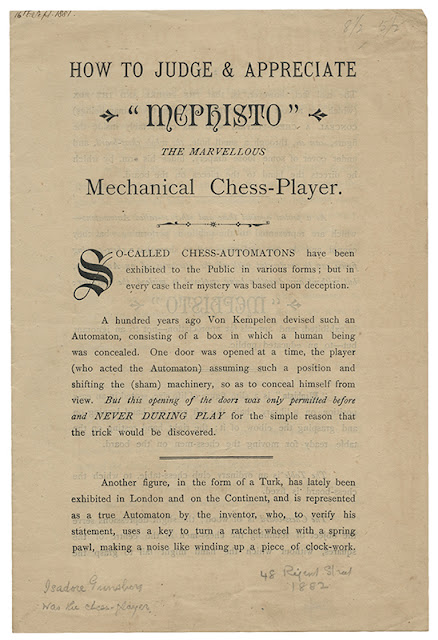 Description of the game, rules and two illustrative games. 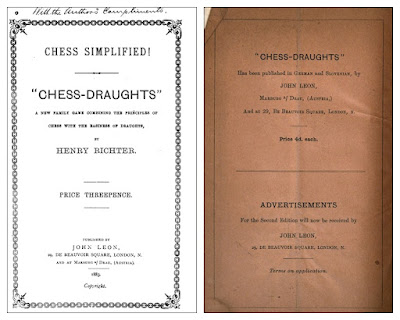 The Indian Game of Chess: by Sir William Jones, and the Burmha game of Chess compared with The Indian, Chinese, & Persian Games, by Captain Hiram Cox, privately printed for the Aungervyle Society, Edinburgh 1883. 30p. 150 copies.

Reprinted from Asiatick Researches.  Reprints of articles by Jones and Cox from 1790 and 1803 respectively. 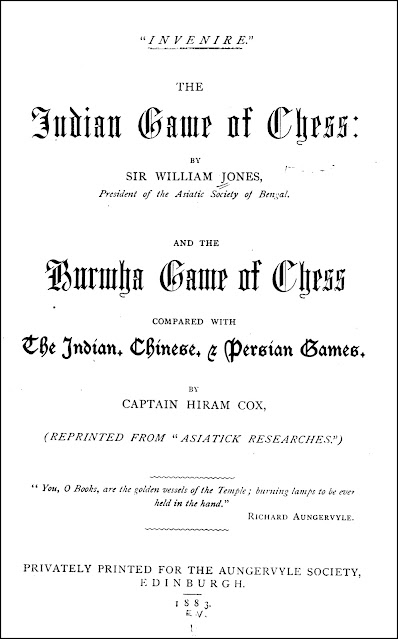 The author was possibly Ajeeb's creator Charles Hooper according to Ken Whyld in an article in The British Chess Magazine 1978 pp37-42. See also Whyld's Fake Automata in Chess, Caistor 1994, No. 416.

There are two variants in the publishing details of this pamphlet: 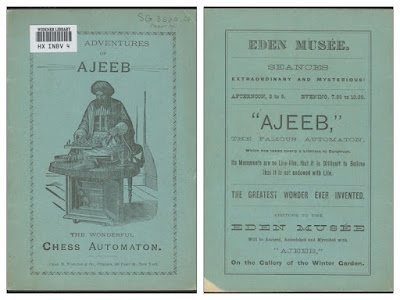 Posted by Michael Clapham at 20:56