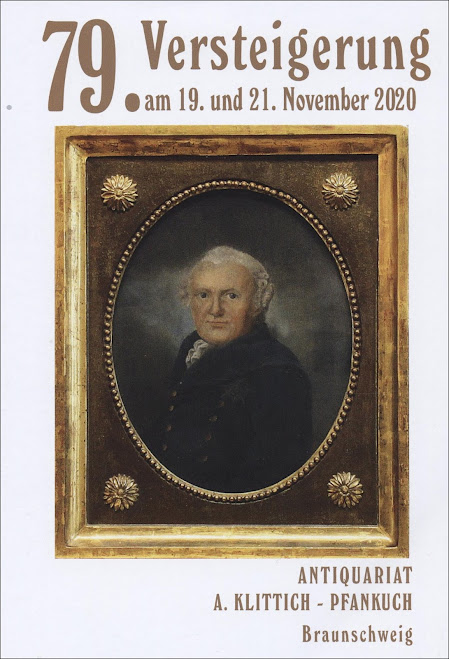 The auction house Antiquariat A. Klittich-Pfankuch is holding its 79th Auction in Braunschweig, Germany next weekend. 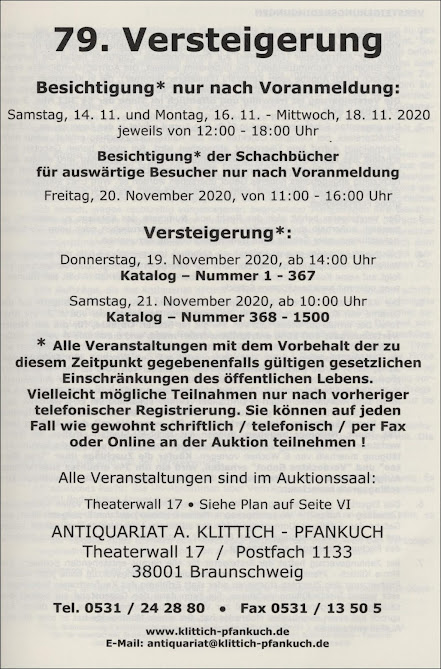 This bi-annual event is predominantly an auction of chess books and related items, and on Saturday 21st November there will be over 1,100 chess items going under the hammer. 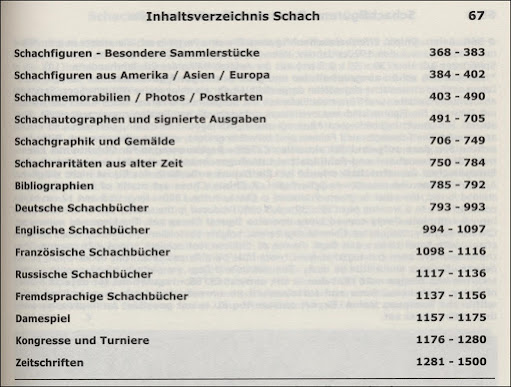 Every lot is described in detail in the 266 page catalogue and all lots are also fully described and illustrated in the online catalogue.

Then comes almost 750 books and periodicals beginning with the Schachraritäten followed by books sorted into various languages, just over 100 tournament books, and over 200 lots of Zeitschriften.

The fully illustrated online catalogue is a mouthwatering feast for enthusiasts and collectors of chess literature and memorabilia. 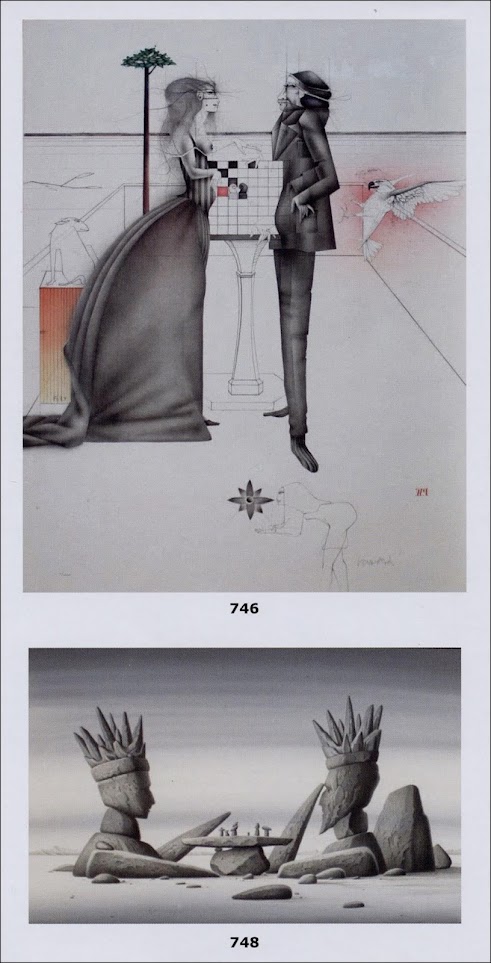 Posted by Michael Clapham at 17:31