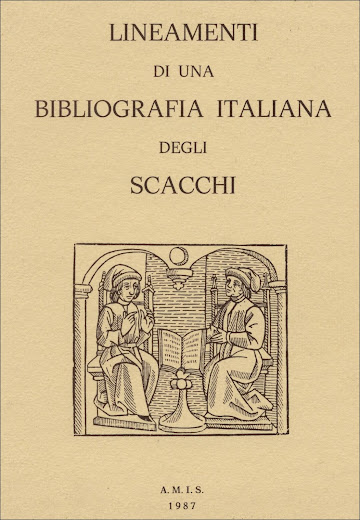 Sanvito's studies, over many years, into the bibliography of Italian chess literature will be of lasting value to authors, researchers and collectors. He collaborated with Adriano Chicco in producing the pioneering work Lineamenti di una Bibliografia Italiana degli Scacchi in 1987. 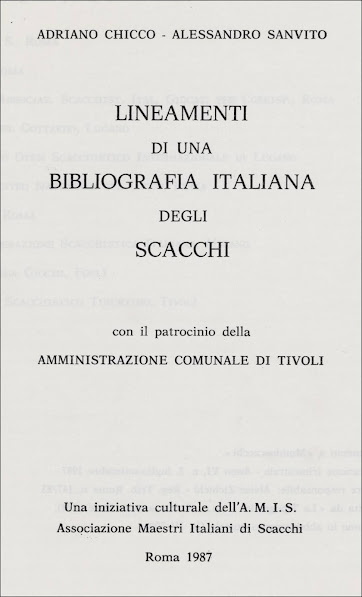 This was published under the patronage of AMIS - Associazione Maestri Italiani di Scacchi, and listed 916 printed books in alphabetical order by author/compiler, or title where the author was unknown or unclear. The Indice per Materie at the end sorts the entries into nine categories: 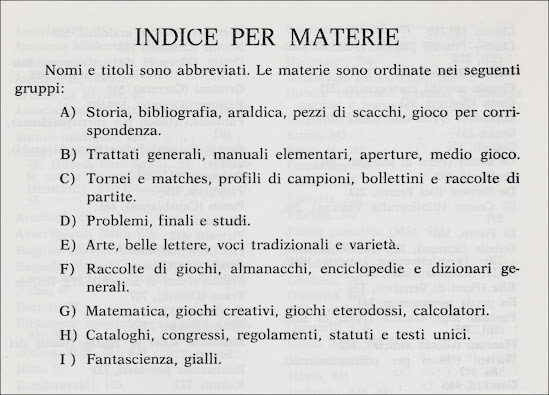 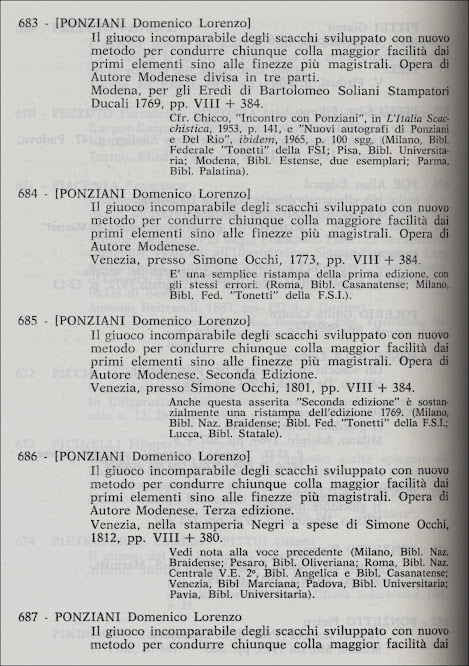 After his friend and collaborator Adriano Chicco died in 1990, Sanvito continued their researches, and in 1997 he produced a 64 page update to Lineamenti listing items published from 1987 to 1996. Shortly afterwards, Sanvito published a fully revised and updated work: Bibliografia Italiana degli Scacchi; Della Origini al 1999, Milan 1999. For this book the 1,420 entries are organised into 11 categories: 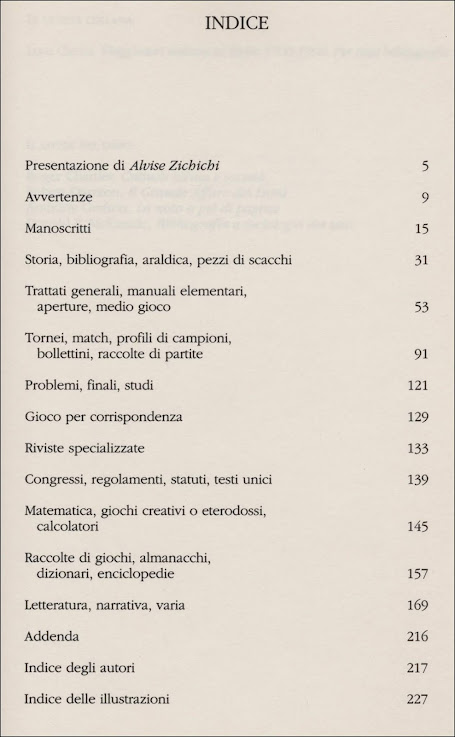 The bibliography endeavours to include all chess books published in Italy in any language, as well as books by Italian authors published abroad. Important articles and essays written by Italians, published in non-chess books and magazines are also included, but chess columns (which commenced in Italy in 1847) in non-chess periodicals have not been included. The many works with only limited chess content range from important treatises on associated games, such as rithmomachia, to novels with chess scenes, such as Ian Fleming's Dalla Russia con Amore which describes a chess tournament in the USSR in the first few pages, apparently.

Sanvito has 22 entries for his own works: 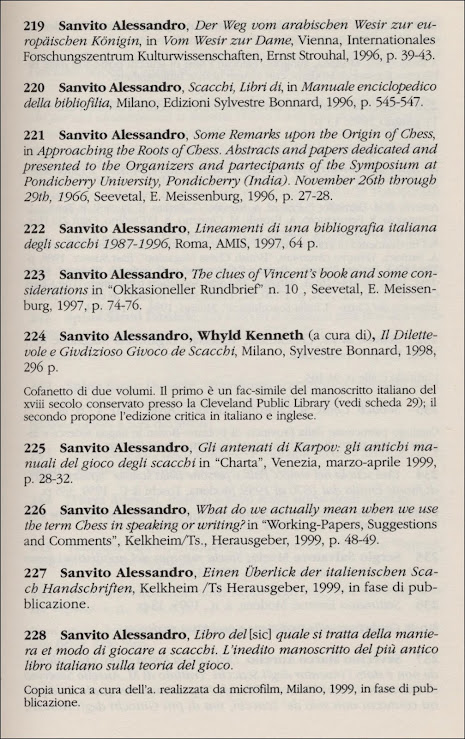 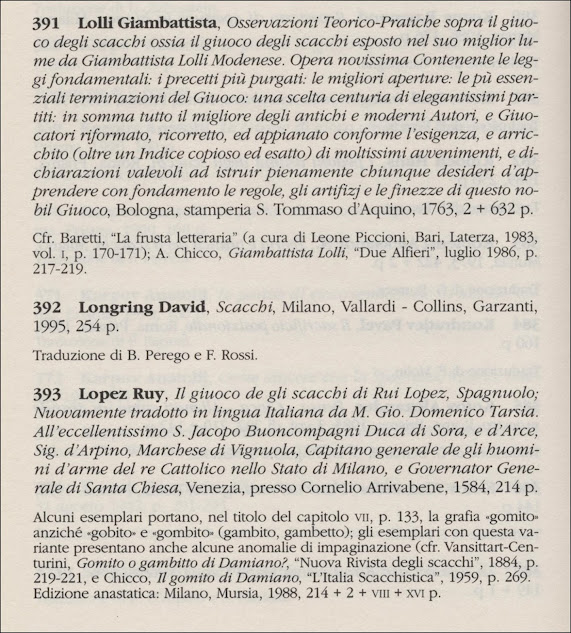 Many of the 88 manuscripts are undated but there are examples from the 13th, 14th and 15th centuries, alongside many hand-written scripts by later acclaimed authors such as Cozio, Ercole del Rio, Gianutio, Greco, Lolli, Polerio, Ponziano and Vida.

The introductory articles in both of these bibliographies, firstly by Alvis Zichichi, President of AMIS, and secondly by the compilers, Chicco and Sanvito, highlight the enormous efforts required in preparing such works. The seemingly dry and basic bibliographical details for each item frequently hiding the extensive research and co-operation from many organisations, libraries and individuals necessary in establishing and verifying accurate descriptions.

A new edition of Bibliografia Italiana degli Scacchi by Allesandro Sanvito was published in 2015 listing over 3000 items, more than double the number in the 1999 edition.

Posted by Michael Clapham at 13:22