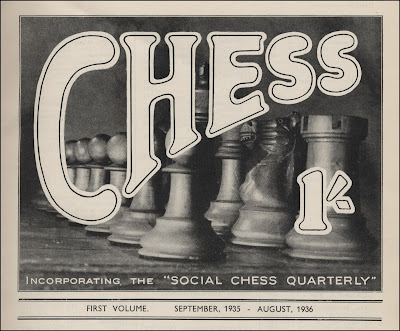 When Baruch H. Wood launched his Chess magazine on 14th September 1935 he naturally had lofty ambitions and signed up the world chess champion, Alexander Alekhine, for a series of articles. Wood described this as "a series absolutely unique in the periodical literature of modern chess" in the November 1935 issue on page 85.

The first article by A. A. Alekhin appeared on pages 7-8 of the very first issue of Chess in September 1935. This was titled The win with the black pieces and Dr. Alekhin annotated his recent win over Förder of Palestine in the International Team Tournament at Warsaw. 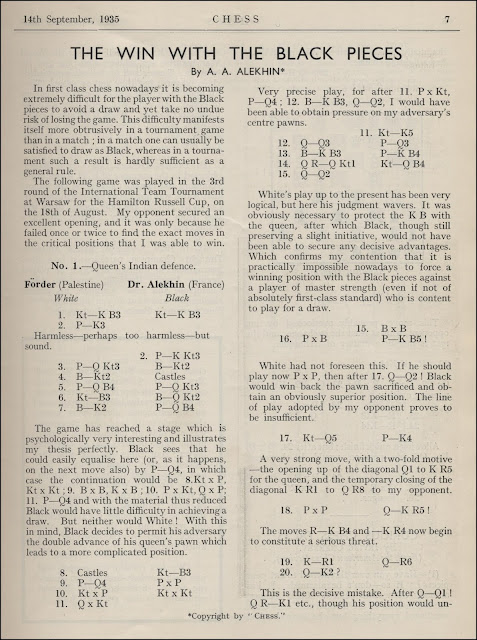 Further articles appeared in the October and November 1935 magazines in which Alekhine (now with a final "e") gave commentary and analysis on the first and third games of his world championship match with Dr. M. Euwe, which had commenced on 3rd October. 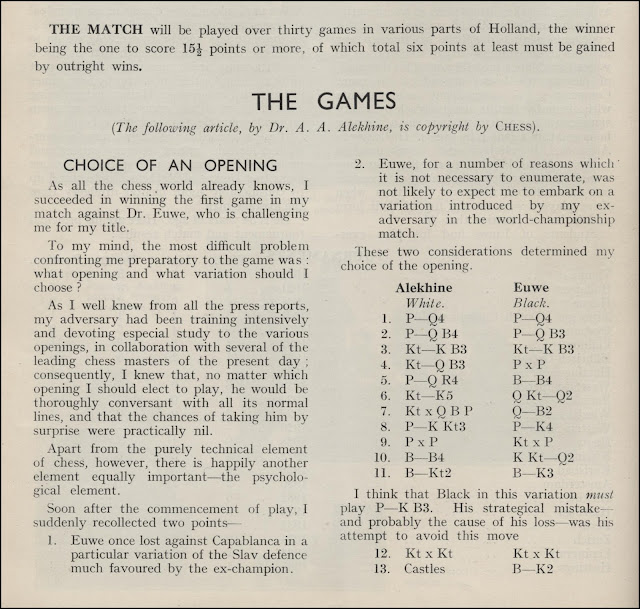 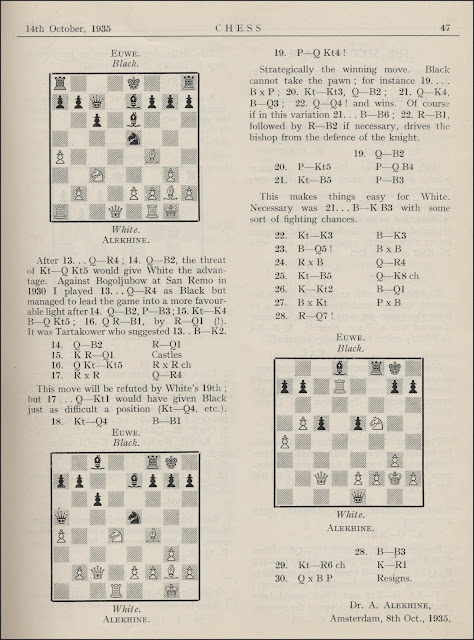 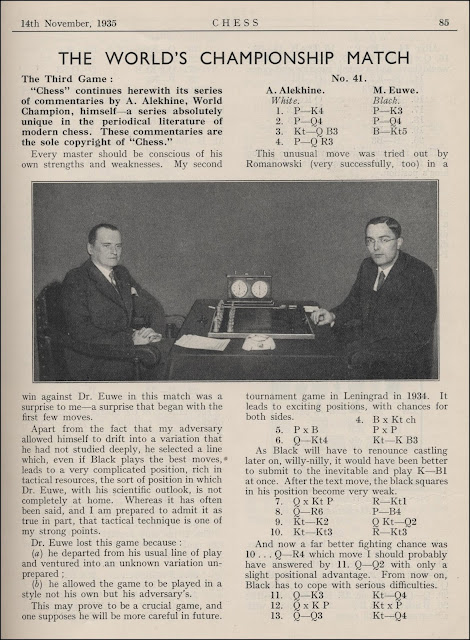 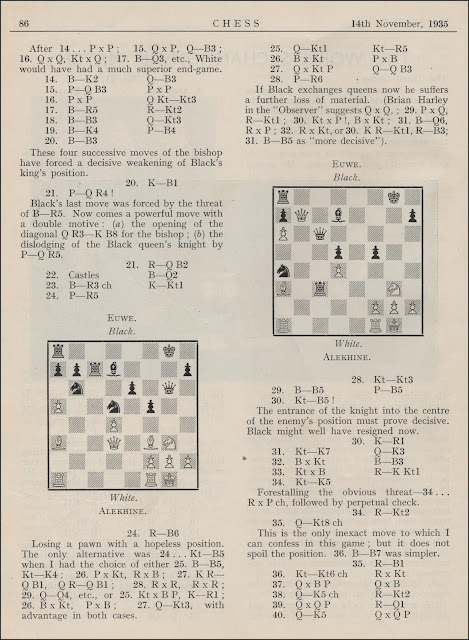 However, by the time of the December issue, Alekhine had all but lost his title and did not provide articles for this or the January 1936 magazine. (There was a statement from Alekhine on page 124 of the December issue, explaining his comparative lack of success so far in the match, and Alekhine's annotations to the 19th game of the match were included on pages 189-190 of the January 1936 magazine).

B. H. Wood reminisced about this situation in his column in The Illustrated London News in 1949, and this item was reproduced on page 197 of The Treasury of Chess Lore by Fred Reinfeld, London 1955. 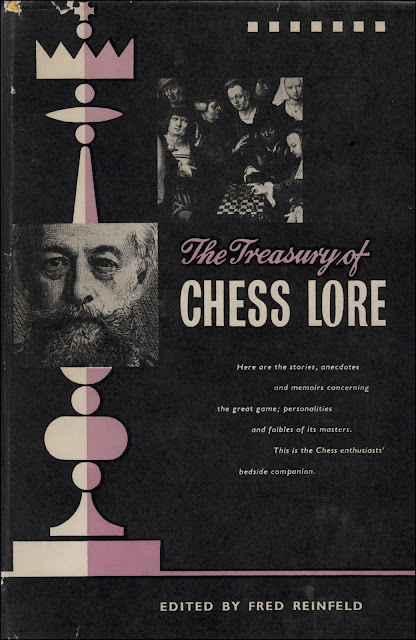 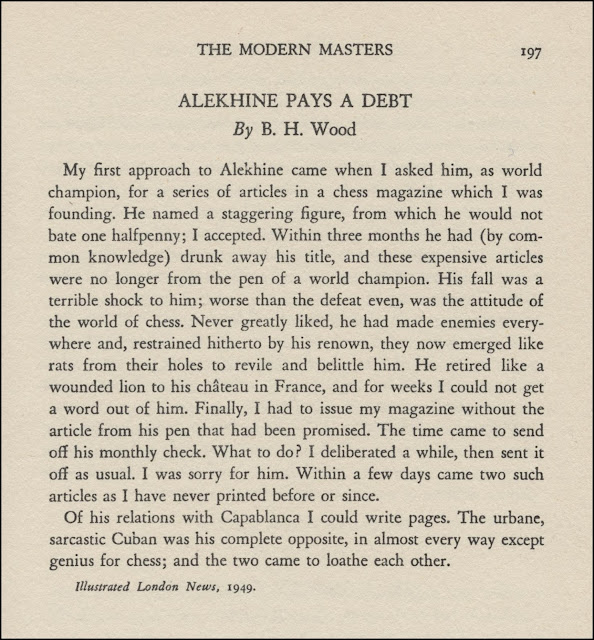 "He retired like a wounded lion to his château in France, and for weeks I could not get a word out of him. Finally, I had to issue my magazine without the article from his pen that had been promised. The time came to send off his monthly cheque. What to do? I deliberated a while, then sent it off as usual. I was sorry for him. Within a few days came two such articles as I have never printed before or since."

Wood does not specify the two articles referred to, but the February 1936 magazine had two very candid contributions by Alekhine. These appear on pages 222 to 226 with the titles The move that lost the title and The inside history of a "bad" game. Alekhine gives revealing commentary on the match and analyses the 24th game, which he drew, and the 25th game, which he lost. The second article is dated 3rd February 1936. 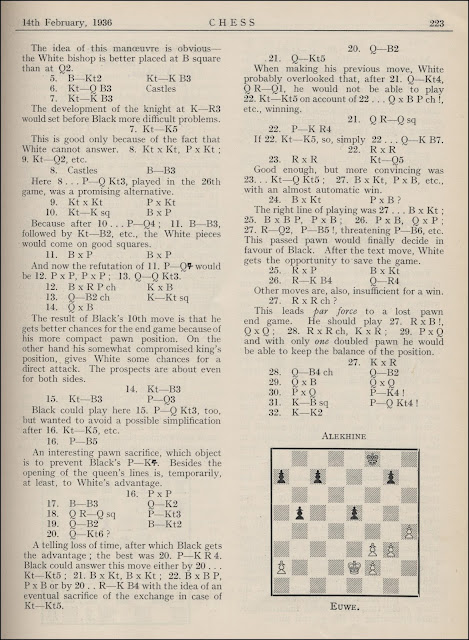 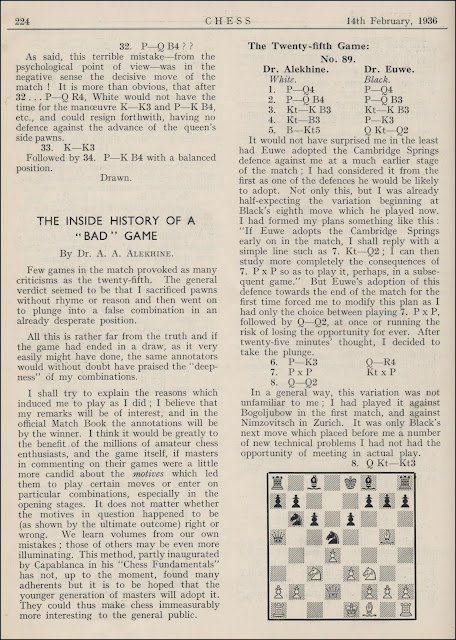 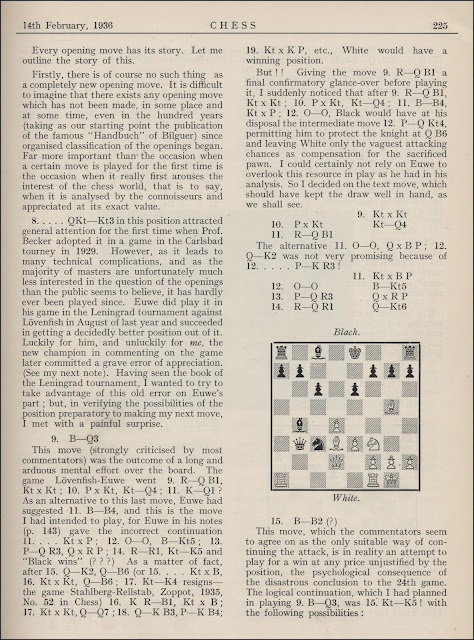 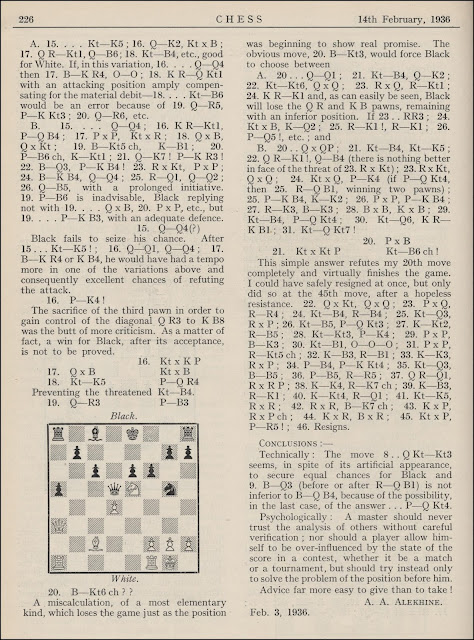 The following account of the conclusion of the match is on pages 385-386 of Chess for June 1936, after giving the moves of the thirtieth and final game: 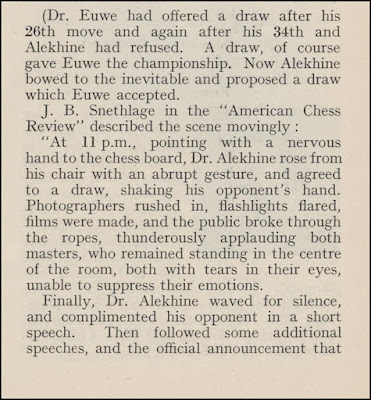 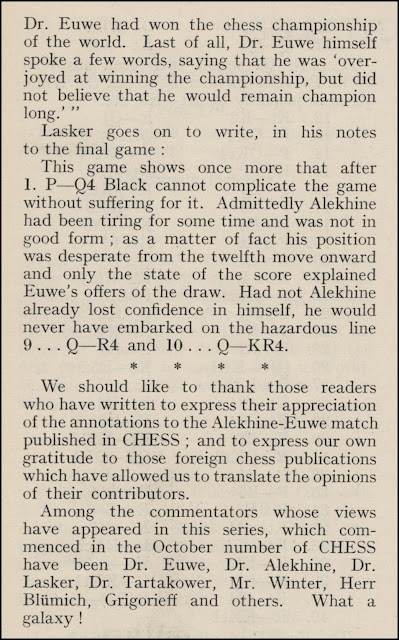 This photograph shows Euwe and Alekhine singing the Dutch national anthem at the victory ceremony after the final game on 15th December 1935: 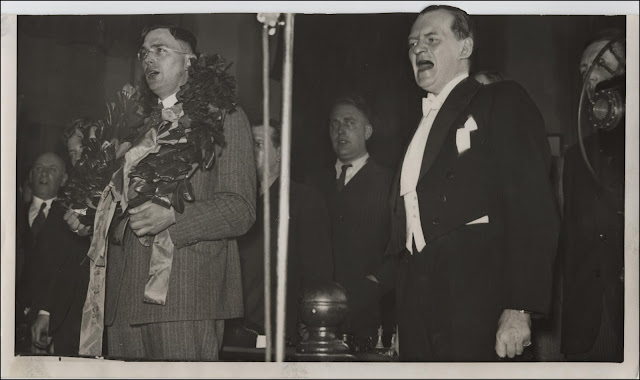 There were no further contributions from Alekhine until the May, June and July 1936 magazines which included articles on Curiosities in simultaneous play, The Bad Nauheim Tournament and The Dresden Tournament, respectively.

Wood's investment in Alekhine's articles appears to have paid off, as on page 5 of the first issue of volume 2, September 1936, Wood claimed that "Chess has more than double the circulation of any other chess magazine in the English language."