A truly rare chess book, by Donald B. Dyer

A Course of Instructions for Beginners in Chess; The Game of Kings, by Donald B. Dyer. 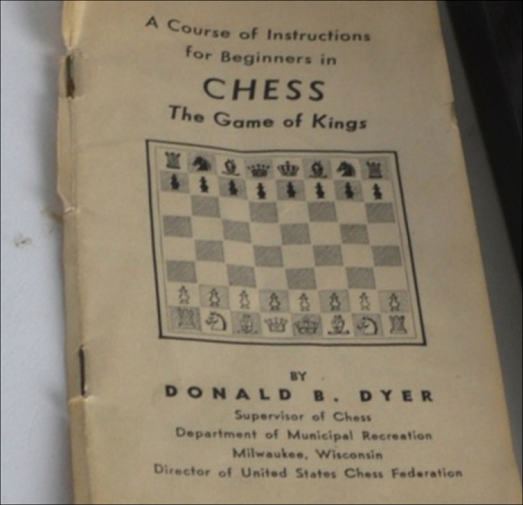 This little primer was probably published in Milwaukee, Wisconsin, USA in the 1940s or 1950s. I do not have a copy, all I have is an image taken from an auction sale where the book was sold alongside a chess set. 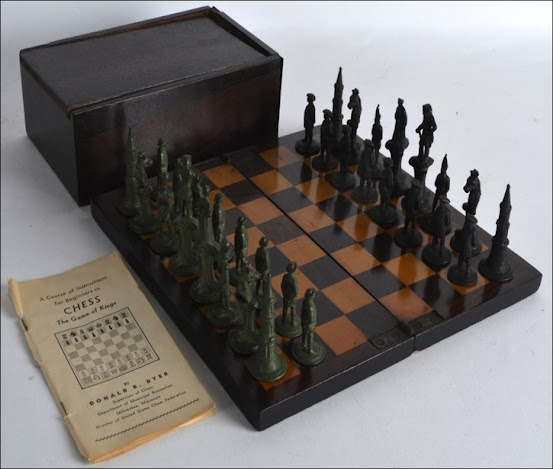 Despite extensive research I cannot find a single reference to this book anywhere; absolutely nothing. The book is not recorded in WorldCat, the online catalogue collating the holdings of nearly 18,000 libraries worldwide, so the book is not in the major chess collections in the Cleveland Public Library or in the Koninklijke Bibliotheek in The Hague. It is not in any bibliography, and I have searched for this book in hundreds of book dealer's and auction catalogues without success.

Donald B. Dyer was a director of the United States Chess Federation and, at various times, supervisor of chess, department of municipal recreation, Milwaukee, Wisconsin, and assistant superintendent of schools, in charge of recreations and adult education in Milwaukee.

Dyer's career was in  education and recreation and he authored two other (recorded) books:

Donald B. Dyer is briefly mentioned in The British Chess Magazine for October 1940 on page 355 together with a portrait. 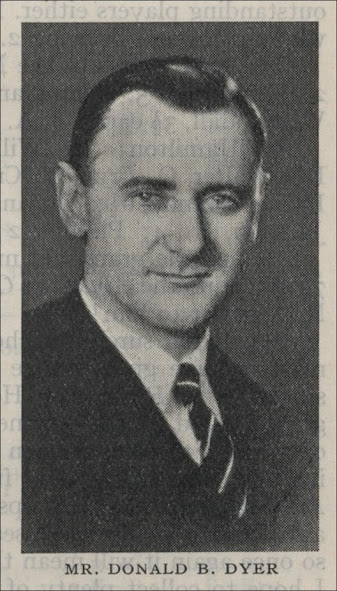 Dyer had organised a children's chess tournament and extravaganza, held under floodlights in the stadium at Marquette University. The report by George Koltanowski tells of much razamataz and describes the novel introduction of the 900 children marching around the stadium holding hands with their first round opponents while over 5,000 spectators cheered loudly.

Back to the book, I would be very interested to hear about any copies of this book, or if any further light can be shed on this little publication. Perhaps it was mentioned in the Midwest Chess News and Nebraska Bulletin which ran from 1947 to 1959.

This is truly a rare chess book which deserves to be recorded for posterity.

Posted by Michael Clapham at 20:20